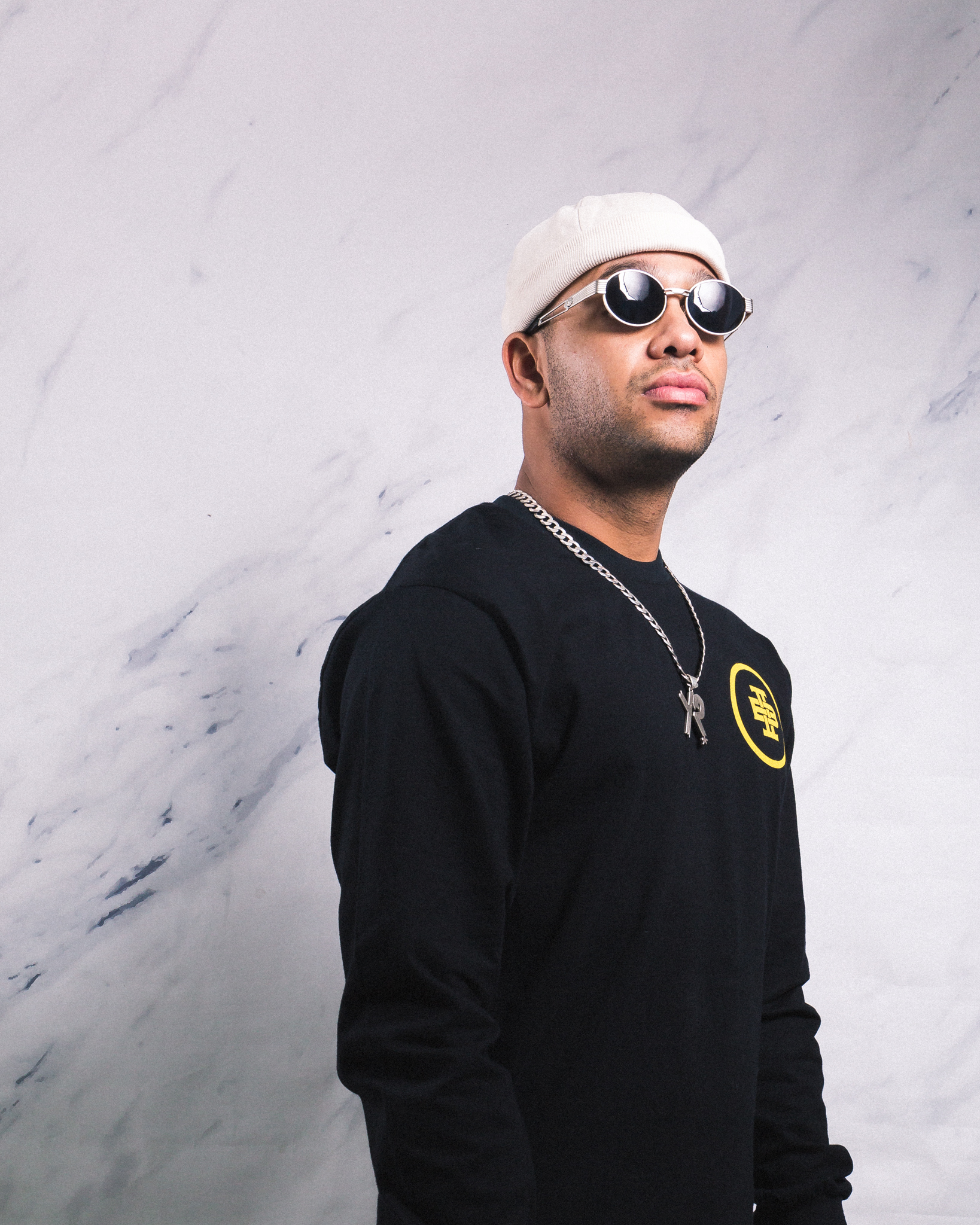 YoungstaCPT and his team are in the basement parking lot of a Joburg radio station. Teargas’ breakout hit, Chance, is not a song that would typically be played by this station but it is blaring through YoungstaCPT’s car’s speakers.

I’m surprised to hear the rapper blaze this throwback tune but he insists he loves it. As we walk inside the station, I joke that he’s listening to older jams when he should be dropping new ones himself and he grins. Then he says: “I’m done with my album as I speak to you right now!” An even bigger grin. Then he jumps, as if doing a lay-up, and smiles so wide that his eyes seem closed.

During his radio interview, he touches on the new music and it’s then that I realise that the young man who was born Riyadh Roberts is on the cusp of achieving a similar breakthrough to that of Teargas.

Sure, he had to put out 30 mixtapes in his 26 years on this earth to do it but his debut album, 3T (which is illustrated to resemble the Buddhist symbol for love), may just be body of work that catapults the Capetonian with a niche overseas following to national stardom. Like Teargas’ formative years, YoungstaCPT has used his music as a megaphone that allows the voices of his hood to be heard. And like Teargas, he is poised to lead an era.

Rocking a grey Ducktales cap and a t-shirt that has “Kaaptonian” embossed across his chest, the emcee who has carried Cape Town hip hop back into the mainstream more than any solo rapper in recent memory is in good spirits.

Aside from the new music, it’s because he is one of the performers at the second annual Afropunk Joburg on December 30 and 31. He will share the stage with the likes of Americans; Kaytranada, Public Enemy, Flying Lotus, The Internet as well as South Africa’s own Thandiswa, Kwesta, Phuzekhemisi, FAKA, Dope St Jude and others.

“I wanted to perform at Afropunk because they promote the things I stand for. I support anything that has a good cause and promotes peace and love even though we don’t live in a world like that,” he explains. “That positivity I’m searching for makes life worth living. It makes standing on stage worth it and going through crap worth it. It’s what silences the critics even though they’re screaming as loud as possible.”

This year’s event is themed: The People Resist. YoungstaCPT is someone who resists. He isn’t the first person to amplify the voices of the unseen in Cape Town’s coloured communities. But he is one of a few whose resists the urge to preach and rather presents a remarkable lyrical dexterity. He also resists the music boxes but existing in both boombap and trap worlds in this era.

And even those who can’t hear how he’s going against the grain can see it in music videos like SY?NZ, a cautionary tale about acting tough in certain territories and throwing out gang signs when you really aren’t about that life.

“We try to take cameras into places where they are not ‘supposed’ to be,” he tells me. “The places where I know these people have never seen a camera or know what it’s like to stand on the other side of it. They only know about when the searchlight is shining and searching for them. They think the spotlight is supposed to be on them because they are criminals. They don’t know what it’s like to have that moment of the spotlight in a positive way.”

YoungstaCPT shares his spotlight and motivates people by doing things like a trophy tour where he took his South African Hip Hop Award around to hoods so kids could touch the pyramid and know they could win it too and so that adults could be proud of him representing them.

He also aims to motivate, albeit in a tongue-in-cheek way, through YVR – which stands for Young Van Riebeck – his first single off 3T (aka Things Take Time). The song comments on injustices (and the ripple effects thereof) caused by the likes of Jan van Riebeck but it also points to the possibility of triumph is every day circumstances, like those that face rappers.

“The hip hop game is like a country I am colonising,” he raps. Later, he tells me: “With YVR, I didn’t want to be predictable. It was like: ‘who is talking about these things that happen?’ It’s not a boring song, it’s still entertaining.”

“3T is the name of my album,” he continues. “Good things take time and bad things take time. It took a long time to get to the point where 15-year-olds are picking up a hand gun and not a pellet gun and actually using it – he’s actually trying to kill you.”

“Even when people lived in District 6, the neighbourhood protected the neighbourhood and kept their doors open all day. And it took a long time for things to get to a point where people to bolt the doors closed, put alarms on. This album is going to be a reflection of my life and the lives of my ancestors. And how things are different but they have also managed to stay the same.”

Tags: MusicYoungstaYoungstaCPT
Previous
Flowers for Ishmael
Next
On: Loyiso Gola