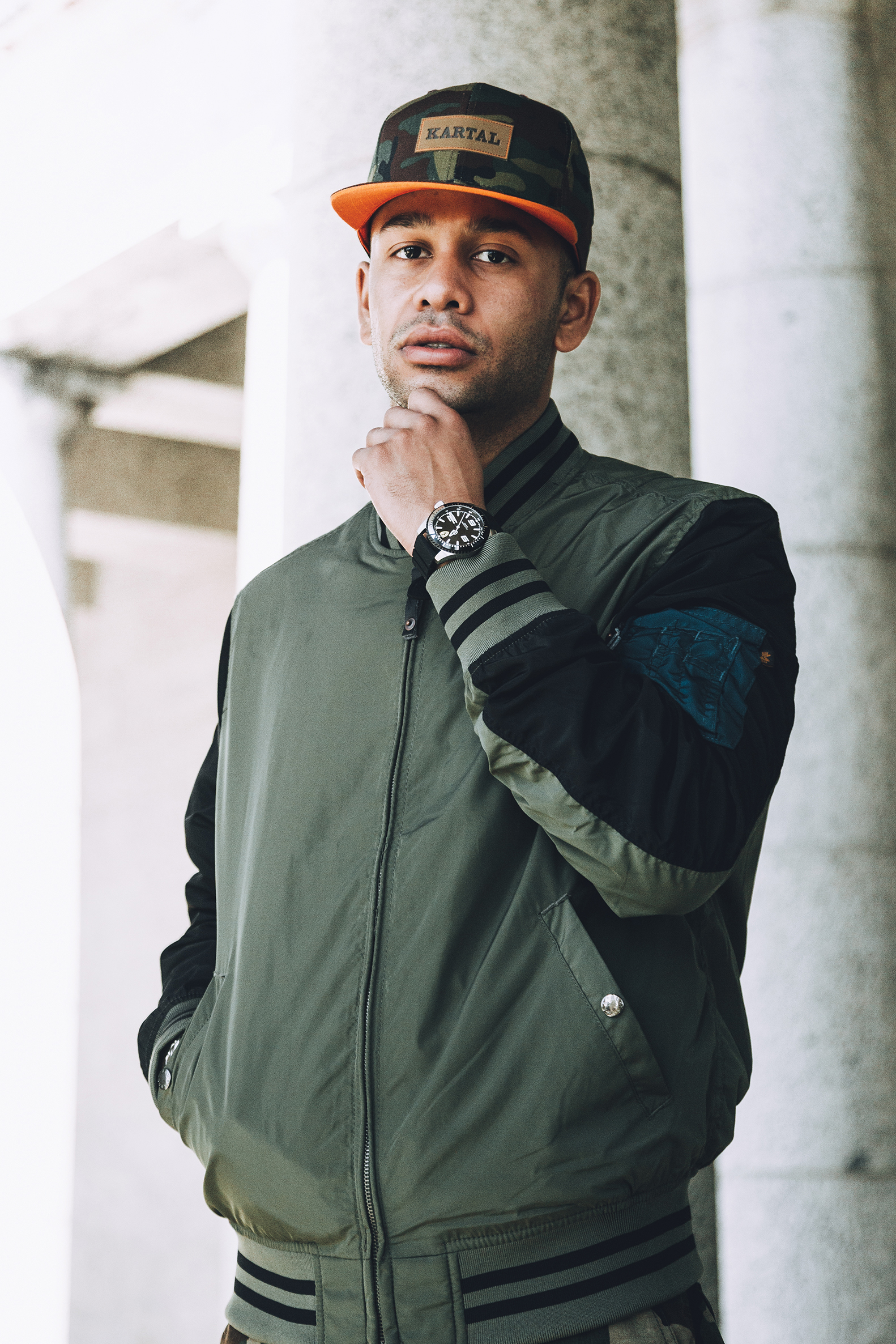 “Can you believe the internet was down,” he asks me rhetorically as he sits down. He shakes his head. “But things like that always happen to me,” he smirks and then says: “The internet only went down when I arrived, they’ve never had that happen to anyone else.”

If I were YoungstaCPT, I’d probably be a tad ticked off. After all, the Cape Crusader is in Jozi on a tight schedule to promote his highly anticipated debut album, 3T – which stands for Things Take Time. And today, the “things” that took a whole lot of time include an interview with a music television channel that was delayed because of technical issues.

Because he’s used to the unorthodox happening to him, he was all smiles during that interview and he’s all smiles when he sits with me. He tells me: “The concept of 3T was genius because it applied to my life. I wasn’t an overnight success and things never came easily to me so time was always going to be a factor and I knew I had to be patient. It took me four or five years to release my debut album but here we are.”

From the West Coast whistle to interpolating Nate Dogg and NWA lines, 3T is heavily inspired by 90s West Coast rap. In the first line on To Live and Die in CA, YoungstaCPT even refers to Los Angeles and Cape Town as step-bros.

I wanted the sound of my debut album to be sombre but menacing,” he admits. “Sombre because the stories are hard, like on La Familie or Tik Generation, which is a heavy song. They have these soft backdrops and hard drums so you can feel that punch and the reality is people are getting shot with pellet guns, drugs are being smoked and from the cradle to the graveyard, it’s still family first. I had to accept that shit and prepare myself for it.”

Over 22 tracks on 3T, YoungstaCPT tackles religion, family, gang culture, politics and being a coloured man in South Africa. AKA is the most popular rapper/popstar who happens to be coloured but his race doesn’t form a big part of his music. But with YoungstaCPT, race is an essential part of his narrative.

It’s clear in songs like Kleurling and For Coloured Girls and how he liberally uses Cape coloured slang throughout his lyrics to convey his vantage point. Through his carefully crafted videos, it’s easy to assume the rapper who literally has CPT in his name is embraced as the representative of Cape Town and coloured people.

But on To Live and Die in CA, YoungstaCPT raps: “But the mental slavery amongst coloureds must stop now/I be doing everything and yet, it’s like they’re not proud/I’m always in the line of fire, always getting shot down.”

He explains the line to me: “The thing is: we’re there! I’m not reporting this story from Johannesburg and watching Cape Town from a safe distance. I go into the ghetto, the hood, the kasi, whatever, I’m there. And we still have problems.”

“Some people might see it as though I’m profiting from the story of poverty or pain. Some people wouldn’t want me to say it and have a person in mind that they would rather hear say these things and take my place. There are guys who, when I started rapping, were already in the game for 10 years, still doing it and they didn’t get this opportunity.”

”Their album didn’t get to go number one on iTunes and they didn’t win a Lyricist of the Year award and they didn’t get to go to Dubai but I did. So it’s my fault and I’m the problem and I shouldn’t be allowed to do this. There are people who feel that way. We’ve had verbal and physical conflicts but this never ever happens when I am outside of Cape Town.”

“I know it’s something I am always going to battle with because I am trying to liberate these people from chains they don’t even understand have been shackled to them and they are still carrying them throughout life. That unlearning process must be frustrating for them too. To hear me say they’re still being oppressed and need to climb out of it, it makes them say: what makes you so different because you’re one of us? Why should we listen to and support you?”

Significant support for YoungstaCPT comes from his gradfather, Mr Shaakie Roberts. In 2015, the rapper interviewed Mr Roberts about life as a young man, religion, apartheid, the history of Cape coloured people and more.

“I interviewed him three years ago because I knew I wanted to make my album. I just didn’t know it would take this long,” he laughs. “I stayed in Joburg in 2015 and when I’d go back to Cape Town to visit my granddad, we’d have these conversations so I thought I’d interview him for my album.”

Whether in overt or subtle ways, it seems YoungstaCPT wanted to make his debut album and album for and by the people he loves. It’s a different strategy in a self-ie driven entertainment industry. And it’s taken some time to do but with each move, he has laid the foundation for his own path.