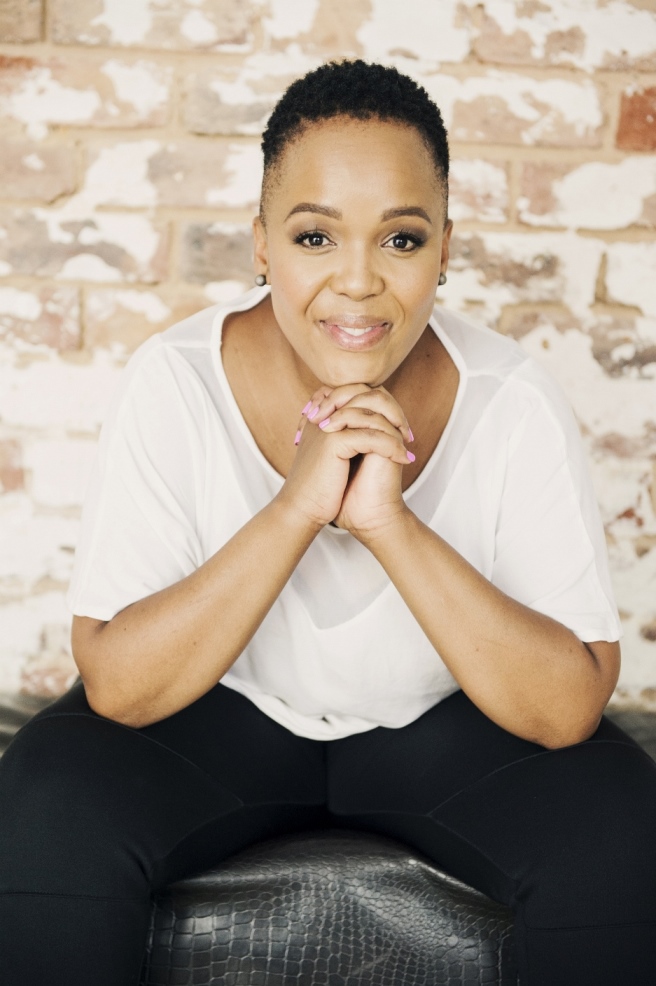 With the staging of the Kings and Queens of Comedy: Africa show, Tumi Morake spoke to Helen Herimbi about bromance, biology and being of service.

What is the female equivalent of bromance? Tumi Morake purses her lips and looks up at the sky. Then she smiles and says: “Women have been relating to each other long before the term ‘bromance’ came up.”

The stand-up comedian, actress and TV producer agrees she and actress-comedian Celeste Ntuli share a female version of bromance. “I think Celeste and I clicked because she saw how real I am and I saw how real she is and we want the same things. We want this comedy thing to work for us,” says Morake. This “thing” has been working for Tumi for a while.

“I’ve never been a part of a line-up that called itself African,” Tumi says, “except maybe for Blacks Only. “My content will still be normal Tumi – just telling it like it is,” she adds. “I’ve licked the coating off the pill and you can consider this my state of the nation address. The state of South African comedy has been exciting to watch and be a part of, says Tumi.

“What touches me is the growth of the female side of comedy. It takes so much pressure off you to know that you’re not the only trusted as a bankable female comedienne. There comes a point where there is so much pressure. You’re starting to trap yourself and you’re not enjoying your work then. But this growth means you get to be your own comic.”

Morake has undoubtedly opened and walked right through the doors that funny women who came before her might have found closed. Behind her, Celeste Ntuli and Lihle Lindzy can not only walk through but kick down more doors as comedians – without the word “female” in front of it.

“I think I’ve earned my colours,” Morake says matter-of-factly, “I’m at a level where the femaleness of it all is mere biology. People know they’re dealing with a comedian first. It says to me: I’m doing okay.” And when people tell her they love her work? “That’s the equivalent of telling me my bum doesn’t look fat in these jeans,” she laughs. CLICK HERE TO READ THE REST OF THIS ARTICLE.

Tags: ComedyTumi Morake
Previous
On: Reason
Next
On: DJ Zinhle