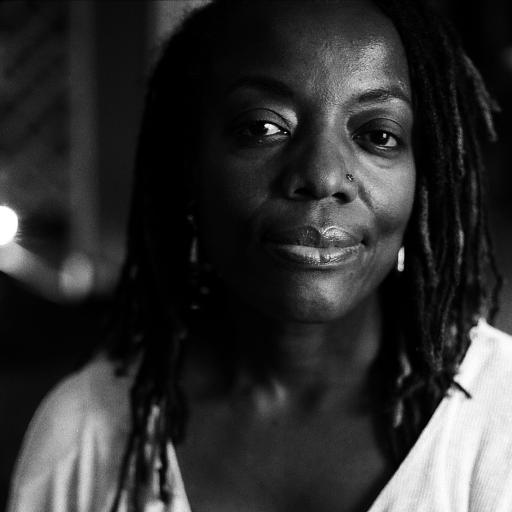 Tsitsi Dangarembga is an institution in African literature in general and is exhalted as a woman who changed the game with her 1988 novel, Nervous Conditions. The 57-year-old Zimbabwean author went on a prose hiatus and resurfaced as a filmmaker.

Twenty-five years ago, she established her production company, Nyerai Films, and has since made history as the screenwriter of Zimbabwe’s highest grossing film, Neria. She was also the first black Zimbabwean woman to direct a feature film, Everyone’s Child. When I caught up with her over the phone, she sounded delighted to be able to talk about her work.

When I asked her about Everyone’s Child, she said: “It was an opportunity that came to me from Media For Development Trust, which was still operating in Zimbabwe at the time. […] I had worked with them before on Neria and on one or two other things, so I knew who they were but a full-length feature was nothing to sneeze at.”

Because of her experiences as a trailblazer for women in film in Africa, Dangarembga has made a point to bring other women with her through Nyerai Films and through participating in events such as the Durban FilmMart 2017.

Taking place during the Durban International Film Festival this weekend, the FilmMart is a finance and co-production market that aims to create partnerships and further the development and production of film on the African continent.

Dangarembga is thrilled to be taking part. “It’s really nice because I look at it as recognition of the contribution I have made to film on the continent and in the region,” she tells me. “I look forward to meeting with the new generation of filmmakers. That’s always interesting.”

Her masterclass, which starts at 10am tomorrow is called “From Novel To Script” and she will be in conversation with Busisiwe Ntintili. Dangarembga is well suited to speak on the topic because her company is in the process of adapting Imran Garder’s prize-winning novel, The Thunder That Roars.

“I just loved that book,” Dangarembga exclaims. “What I really loved was the view the writer took: Telling a South African story but making it more than just a South African story. Showing us how our stories are related … That’s what made me think: I want to adapt this book into a film.”

She is in the process of adapting two more books by Nigerian authors. I ask Dangarembga which she finds more fun: writing fiction or making films. She laughs loudly and heartily once she’s thought about her answer. “If we are talking about fun, filmmaking is more fun,” she admits.

“Because it’s less painful and because of the nature of the medium, you’re always thinking about the visual aspect. So there’s a little bit of playing around with the images. I find making film more fun than the writing side. With a production, you’re with people and if you’re a slightly bossy person like me, then it’s nice to have permission to tell people let’s do it like this or that and everyone is happy when that wonderful thing comes out.

“Filmmaking is more fun when you actually get there. Writing literature, prose, is more intense because of the nature of the novel – I write long fiction – one has to go very deep into the issues. In 90 minutes, there’s a limit to how deep you can go. A novel is much more complicated and requires more of a writer.”

This is one of the reasons why it took about two decades until she published a sequel to Nervous Conditions. The Book of Not was published in 2016 and, due to be published next year, is Chronicle of an Indomitable Daughter, which will mark the completion of this trilogy.

I ask her if she knew Nervous Conditions would become a trilogy and Dangarembga says: “No, I didn’t. When I had finished Nervous Conditions and found that both characters, Nyasha and Tambudzai, were not in the best state, I thought: is the story really finished? I was thinking: How do I tell this story so that it achieves my aim, which is to show people that it’s possible to come through the hurdles that one faces?”

She believes she has fulfilled her aim so when I ask her if she is ready to surpass the book, which made her into a household name in literature circles, she is quick to respond with a giggle. “Aaaaaah, yes,” she says emphatically. “It’s been a long time and I have other things I want to do in prose.” We can’t wait to read them.

Tags: Books
Previous
On: Goapele
Next
The cost to be the boss, or just yourself, really