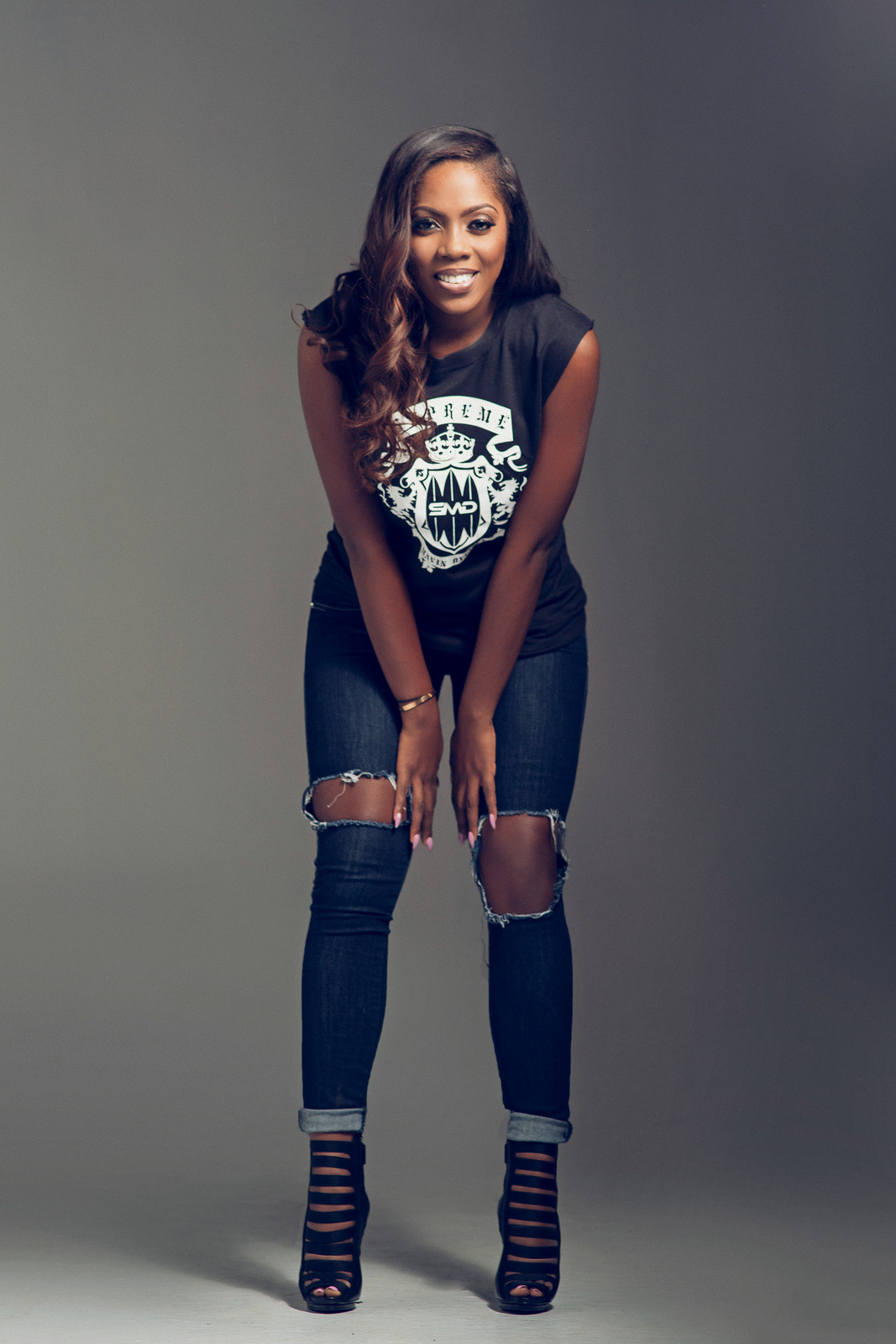 music
Tiwa Savage casts a lithe figure as she gracefully walks into her hotel room. The Nigerian-born, UK-raised and Naija-based artist’s weave brushes her shoulders as she moves and the black and gold Hermes bangle on her wrist isn’t flashy but makes a statement: Savage is a star.
With her sky-high heels firmly planted on the floor, she stoops down to hug her toddler son. “Mommy missed you, Jam Jam,” she coos as he giggles in her arms.
Savage is also just mom.
She was in Mzansi to attend the Durban July at SA Tourism’s request and perform in Jozi. Overlooking the Sandton city skyline, we sit down and the Nigerian artist tells me: “You know, as Africans, we tend to think when a woman gets married and has children, her career is… you just forget about it. It was just important for me to really work hard and prove the opposite. I’m actually stronger and my career is going to get bigger because of this power that you get when you have a child.”
If the fact that her new album, R.E.D became the most streamed album on the MTN Plus app ever is any indication, her career is indeed becoming bigger. Following her 2013 debut album, Once Upon A Time, it’s clear that this singer-songwriter is not interested in fairytales.
R.E.D, which is an acronym for Romance, Expression and Dance (which the album is chock-full of) is brazen with affirmations of her body (on African Waist and Before Nko), her undisputed position as the queen of African r&b and afrobeats (on Standing Ovation) and gratitude (on If I Start To Talk).
As she defiantly sings on If I Start To Talk featuring Dr Sid: “I’ve been through the
fire I can talk on it/And I heard it on the street that they got love for me.” I ask her about this love and she smiles then says: “When I first came in [the industry], people would say ‘you’re never going to be a huge artist because it’s all male-dominated.’ So I had to break that barrier.”
“Then they’d say ‘you’re never going to get female fans because females don’t like females’ and then I got all these Savage Soldiers which were groups run by young girls. Then it was like ‘oh, you’re getting married? All your admirers are going to leave you.’”
“Then I got pregnant and they were like ‘goodness, Tiwa, what are you doing?!’ So for me, when I came back with a new album and saw that the love was even bigger on the streets and outside of Nigeria, I was like: African women are strong.”
“If I was ever doubting myself, then that was enough positive energy to make me say this isn’t just about me, this is about encouraging women everywhere. If you are a lawyer or sell material at a market, getting married or having a baby is just the beginning!”
This strength is something Savage has been lauded for amongst some of her fans. This artist has writing credits on songs by Chrisette Michele and Fantasia and has sang on songs by the likes of Whitney Houston but all eyes were really on her when she sat down with Pulse TV to address rumours about her marriage to husbandager, Teebillz, being over.
Some people praised Savage for talking about the struggles of being the breadwinner in an African household while others bashed her for airing their dirty laundry. So I ask Savage what she learned from that experience.
“I’m not going to say I have the right answer to everything,” she says, “I’m still going to make mistakes because I’m still learning. I just take things a day at a time. […] I also have to have a balance. I don’t show everything. Through experience, I’m learning that you need to keep some things private because your life is already so exposed.”
Savage is part of Don Jazzy’s record label and group, The Mavins. Their smash hit, Doro Bucci was nominated for a Metro FM Music Award this year. Although they lost to Burna Boy’s Soke, Savage and her team haven’t slowed down. So when Savage posted a picture of herself sandwiched between Jay Z and Don Jazzy on Instagram, everyone assumed she’d be signing to Roc Nation.
“We did meet Jay Z,” she smiles, “he’s a living legend and he has so much knowledge about [our] music and afropop that he wants to bring it to the global scene so it was great meeting him and seeing how we can align with the vision that he has. But no, nothing has been signed yet.”
Time will tell if something comes of that post but either way, Savage, the star and the mom, will continue to thrive.
CLICK HERE TO READ THE REST OF THIS ARTICLE.
Tags: MusicTiwa Savage
Previous
Book Sale
Next
On: Babes Wodumo