On: The #CottonFest2020 Bowling Invitational

On: The #CottonFest2020 Bowling Invitational 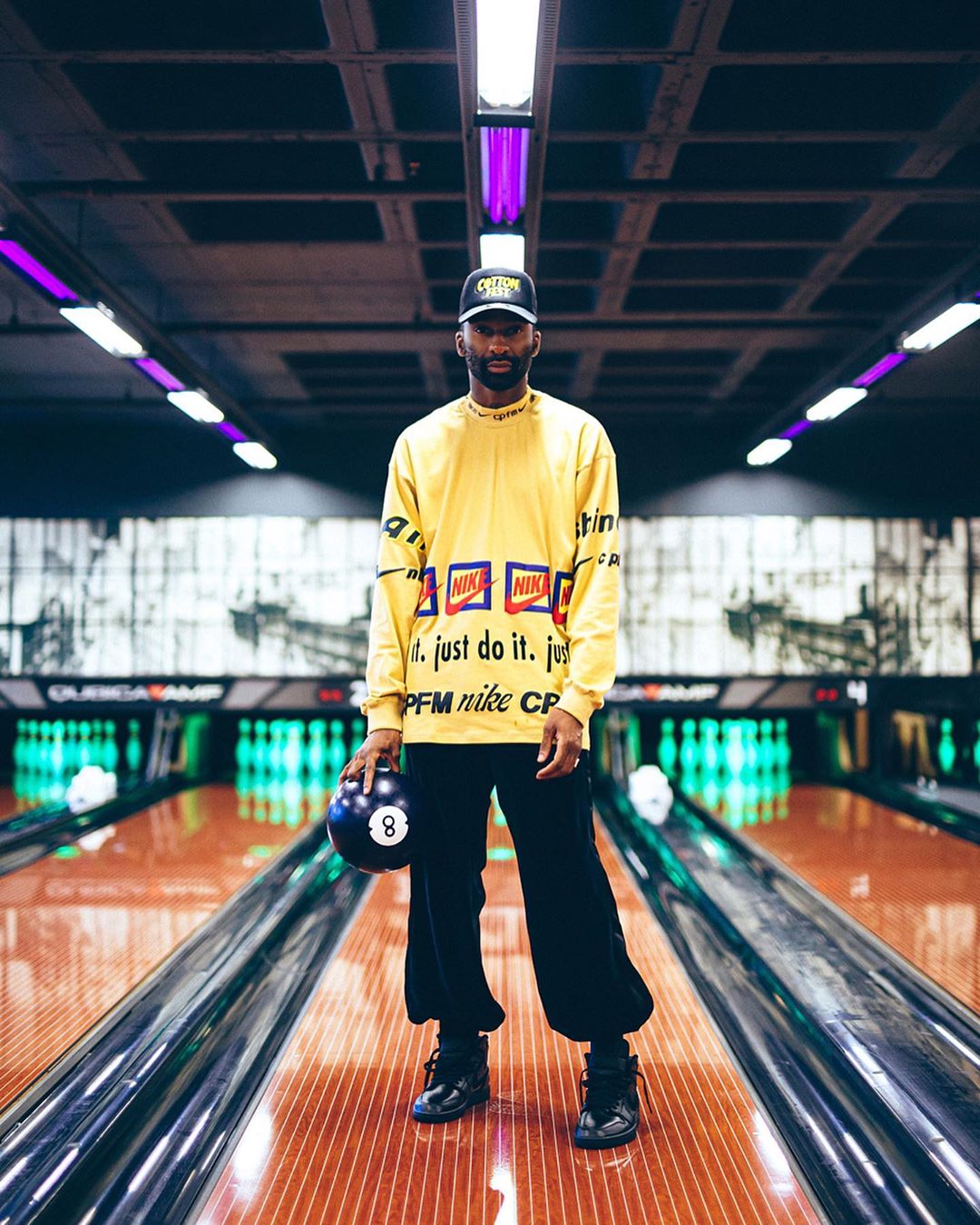 “Nah,” Twiggy’s gloss shimmers on parts of her lips as she shakes her head. “I only want winners on my team.”

A mischievous smile is drawn on the face that’s helped to bring attention to a variety of brands from K-Way to Corona. The content creator whose real name is Tshepang Mollison is sitting with a friend in one of the booths at The Fun Company inside Fourways Mall on a warm day at the end of November 2019. She’s amused that I’ve been honest – I’m not good at bowling – and seems to be considering whether she can place our good rapport over her good reputation as a winner. On the gram. In real life. Maybe even at a 10 pin bowling alley.

It’s a tough ask. After all, she’s up against musician, AKA, culture curator, Mbali Cherry and rappers Frank Casino and Espiquet. These team captains are in charge of creating teams that will ensure they beat everyone and take home the title of winners of the inaugural Cotton Fest 2020 Bowling Invitational. In essence, they would be KingPins. See what I did there? Ok, I’ll see myself out.

So here’s the deal. Trailblazing musician, Riky Rick, established Cotton Fest last year. The all-day music and art festival aimed to have young and old congregate to enjoy the music of established and burgeoning acts. On 1 February 2020, the second Cotton Fest will return to The Station in Newtown. There will be three stages and over 100 acts hitting them.

Throughout the last half of 2019, Riky organised a number of events to drum up attention for the upcoming Cotton Fest. But, it was interesting to see that he didn’t use a one-size-fits-all approach.

You know how artists give us lip service about creating something for everyone? These events were the opposite of that.

There was a guestlist-only listening party where Riky played some of that new-new. It was streamed live. There was the Cotton Fest Barbeque that saw an all-female lineup that included the likes of DBN Gogo and Ayanda MVP on the decks and Indigo Stella on the mic. There was a Secret Sunday party and the Cotton Fest 2020 Bowling Invitational. The latter was a mix of celebrities, influencers and effervescent young people I will admit I don’t know. But it felt like everyone was on the same level. Anyone could get the smoke.

With war cries and true trash-talking other teams as our background, Riky tells me the reason for the vastly different run-ups to the main event this February is two-fold. “For us, it’s important to highlight our sponsors – Desperado, YFM, MTV Base – as much as we can leading up to Cotton Fest. That’s just one part of it,” he explained.

“The other part is: even though we’re trying to do a big festival that is a huge turn-up, we understand that people are different and they don’t all want to do the same thing. Some people just want to kick it and chill. Some people want to play games and have fun. Other people want to hit the club and dance to the DJ’s music. We highlight different needs for different people.”

I didn’t think I needed to be on a team – after all, as a music journalist, often, my job is to report the story, not to become it. But, I’m not too cool to admit that being asked anyway is endearing.

I was walking back into the Company when Frank Casino stopped me at the door.

“Whose team are you on,” he asked me.

“I’m not playing,” I was honest. “I’m going to need to leave soon anyway.”

He was flabbergasted. Then he put his hands together and said: “Don’t leave. Come be on my team, man!”

Team Frank was… interesting. It included DJ, Dr Peppa, musician, Tshego, and a few of Frank’s friends. We all got together in a huddle. Kind of like how rugby players do. “We’re really about to do this thing,” Frank shouted to us. He had to shout – Mbali’s team and Espiquet’s team, which included the likes of Manu Worldstar, DJ Kaymo and Hopemasta, was attempting to drown us out with their singing. And it wasn’t no Boomachikaboom.

Dr Peppa said we should be called The Whole Thing. Using Frank’s biggest hit as the title of our team was expected. But I would’ve prefered we call ourself The Bowl Thing. Get it? Nevermind.

We hi-fived, woop-ed it up and got ready to play. Then AKA strolled by with a tray of tequila for everybody! I didn’t understand why everyone was drinking with him if he’s one of the people we have to defeat. Was it part of the Supa Mega strategy? Get everyone drunk so they stumble while bowling? Was it just part of being festive in what really felt like a low-pressure fun time? See why I shouldn’t take part in competitive sports?

Before we started bowling, Twiggy came to join The Whole Thing team and she did well. But it wasn’t enough to get us the number one spot. To be fair, I wasn’t able to stay long but I was also really bad when I did actually bowl. But that wasn’t the point. The point was to have fun. At least that was Riky’s mission.

“I always wanted to do something to get people together to do some activity from our childhoods,” he tells me. “Bowling, arcade games, stuff like that. I knew this was a brilliant opportunity to get some of the artists who will perform at Cotton Fest together to come and have some fun with us.”

The Cotton Fest 2020 lineup includes 25K, DJ Maphorisa, Rouge, Black Motion, Champagne 69, Kwesta, Moonchild, Dee Koala, The Big Hash, Boity, A-Reece, Una Rams, Aubrey Qwana, all the team captains who are performers and a whole lot more. And while the line-up is appealing to Cotton Eaters, Riky insists it’s about more than just who gets to hit the stage.

“The line-up is never the main attraction for us,” he shakes his head. “I really don’t know how media things work. Things like media launches. I’m happy about that because it means I don’t have to get anxious about things I can’t control. What I can control is people having fun.”

“Cotton Fest is really about people coming together to have fun. When do you ever get an opportunity to see Costa Titch and Ma-E bowl together? We have people from everywhere bowling together today. That’s really special. The line-up isn’t the main attraction. If you look at it, it’s weird as fuck – which is dope. People like Shane Eagle next to Shimza next to Berita next to Sho Madjozi next to Lemon and Herb.”

Cotton Fest 2020 takes place at The Station on Carr Street in Newtown. Tickets are available at www.cottonfest.co.za