On: Solo & The BETR Gang

On: Solo & The BETR Gang 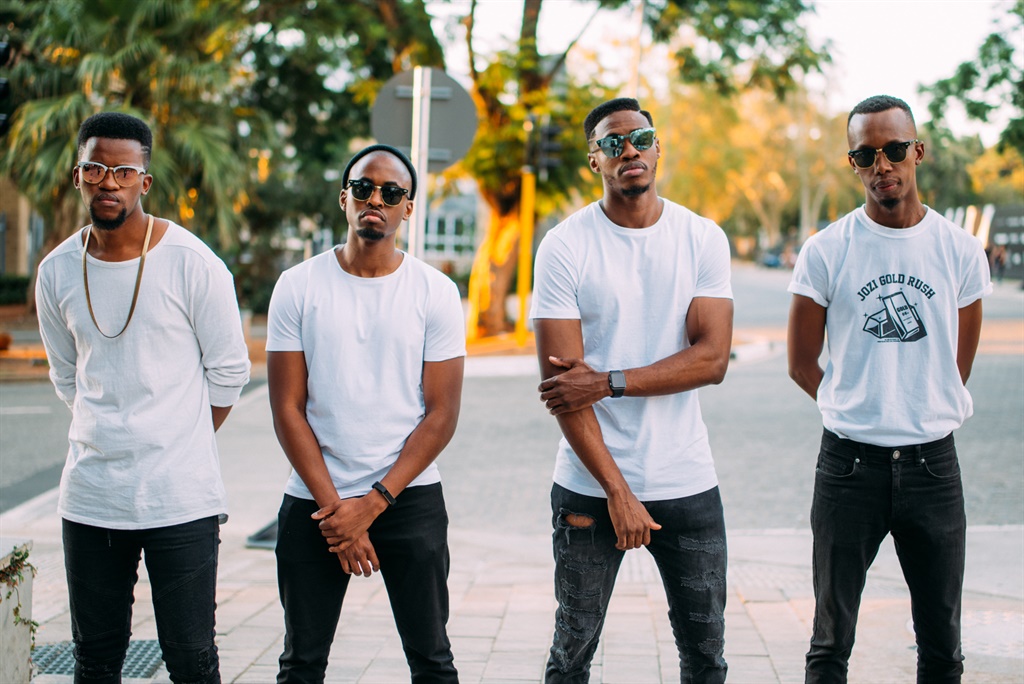 After an exclusive listen to their upcoming album, Helen Herimbi sits down with Solo and BETR Gang

With no ho ho hos in tow, Solo and BETR Gang are still giving you a Christmas gift. I’m sorry, I had to. But back to the lecture at hand. On December 25, Tour Dates will be released to the world.

Following the stellar We Need A Title, an album by BETR Gang members, Solo and Buks, this year, Solo brings the rest of the gang to the fore with an album whose title is both punchline and prophecy.

A couple of weeks before its release, I got to hear Tour Dates and the sonically layered offering expertly brings some of the most mainstream musos effortlessly into the orbit of the galaxy that all of BETR Gang has created in a universe that doesn’t take well to anything different. Too Neil deGrasse Tyson for you? Let’s move along.

Made up of producers, Al da 3rd, Subrocc, Solid The Gifted, Th&o as well as the aforementioned rappers, the whole sqwaa aims to take the music that makes up this album on tour and they structured each song with a tour stop in mind. When I met Solo and Solid The Gifted, they broke down the idea.

“The whole idea of it was there was this very dope concept that would lead us to a tour,” Solo told me. “It stems from us saying we’re going to structure the music and the artwork and the track-list in the same way that you would release dates if you’re going on tour.” As such, each song gets a destination – in this case, the hometown of the featured artist – written in brackets next to the title.

A haunting Moon Over The Jungle, featuring KO, gets Mpumalanga (MP) next to it. Cape Town (CPT) is represented on the sublime The Light featuring YoungstaCPT. “We had a wish list of artists we wrote down as we were making the project,” said Solid The Gifted, who produced The Light. “We knew we wanted YoungstaCPT on and the mood of the beat already dictated where the song can go (…)”

“I had made that beat and sent a voice note to Th&o and I had a melody of the chorus. I didn’t have any words, I kind of hummed it. He said: ‘Bookmark that, something is going to happen with that.’ Thando helped turn those voice notes into words.”

On Ngeke Bas’tshele, Solo employs a Pac-esque flow that he doesn’t recognise and is complemented by Durban’s (DBN) own Dreamteam. Current single, Caffeine and Other Drugs features Kid X, Reason and Moozlie – who are all from the East Rand – and so it goes.

Over 10 tracks, Solo takes the listener through themes that traverse expectation (on Due Dates II), relationships (on Love Metaphor featuring Rouge), kicking down doors without knocking (on Ain’t Ready featuring pH) amongst other topics. But at all times, Solo is rapping his butt off over some of the most lush, diverse, and head-banging soundscapes.

How did they achieve that? One word: lockdown.

“The music was made in a week.” Solid The Gifted wiped his brow as though reliving those days. “We were in a farmhouse far away in Walkerville.” I was gobsmacked, so Solo chimed in: “There were time constraints. It was overly ambitious considering the time frame of when we wanted to put it out.”

“What I said to the fellas was: ‘Realistically, we need to do a lockdown for one week. Everybody needs to come here, work on the music and see where we land. If we land in a place where realistically, this could be something, with all these skeletons, then we’ll sit in a position where we can decide if we can go forward and if I should be reaching out to these artists.”

So the producers went to work on various ideas. Once a beat was collectively approved, Solo laid down verses in a makeshift studio and then conditioned himself to craft an elevator pitch with each featured artist. My favourite song on this album, Top 5 (which is produced by Al da 3rd), speaks to the contentious hip hop debate that even prompted Chris Rock to make a movie about it.

Except there’s a twist.

Top 5 features Sowetan, Maggz – a groomsman who was never the groom but was always sick with how he marries rhymes. It’s also largely about him. Solo bumped into Maggz at a concert in Musina.

He explained: “It had been a while since I’d seen Maggz and he had dropped (his album) F.L.A.G so I was like: ‘Congrats on the drop.’ He was like ‘Thanks, man.’ And what hit me was he went into explanation mode. I was like: ‘Woah, I was about to give you props for not feeling like you have to prove your rap ability. You’re the last person who has to try to convince anyone that they can rap.’ It started this long conversation where he was also talking to me about how he sees and respects my position.”

“On the drive back home, I had this bpm and drum pattern in my mind and I was writing to this bpm while this driver was bumping house music loud as f**k,” he chuckled. “That’s one of those songs that wrote itself because there was so much to say. I was done with two verses and a hook by the time I got home.”

The song sees Solo echo the frustrations of the majority of the rap community with Maggz’s seeming inability to want to rap and simultaneously sees Solo reflect on his own place in the game. And then Maggz offers a response that is a STFU for the naysayers. On one hand, he acquiesces his role in the frustration and on the other, this verse is also a conversation so uncomfortable he switches the lens from being on him to throwing shots at others.

And if you’re wondering who Solid The Gifted and Solo’s Top 5 South African hip hop artists are, I’m saving that for my memoir. For now, you can look forward to them and the rest of BETR Gang taking Tour Dates on the road soon.