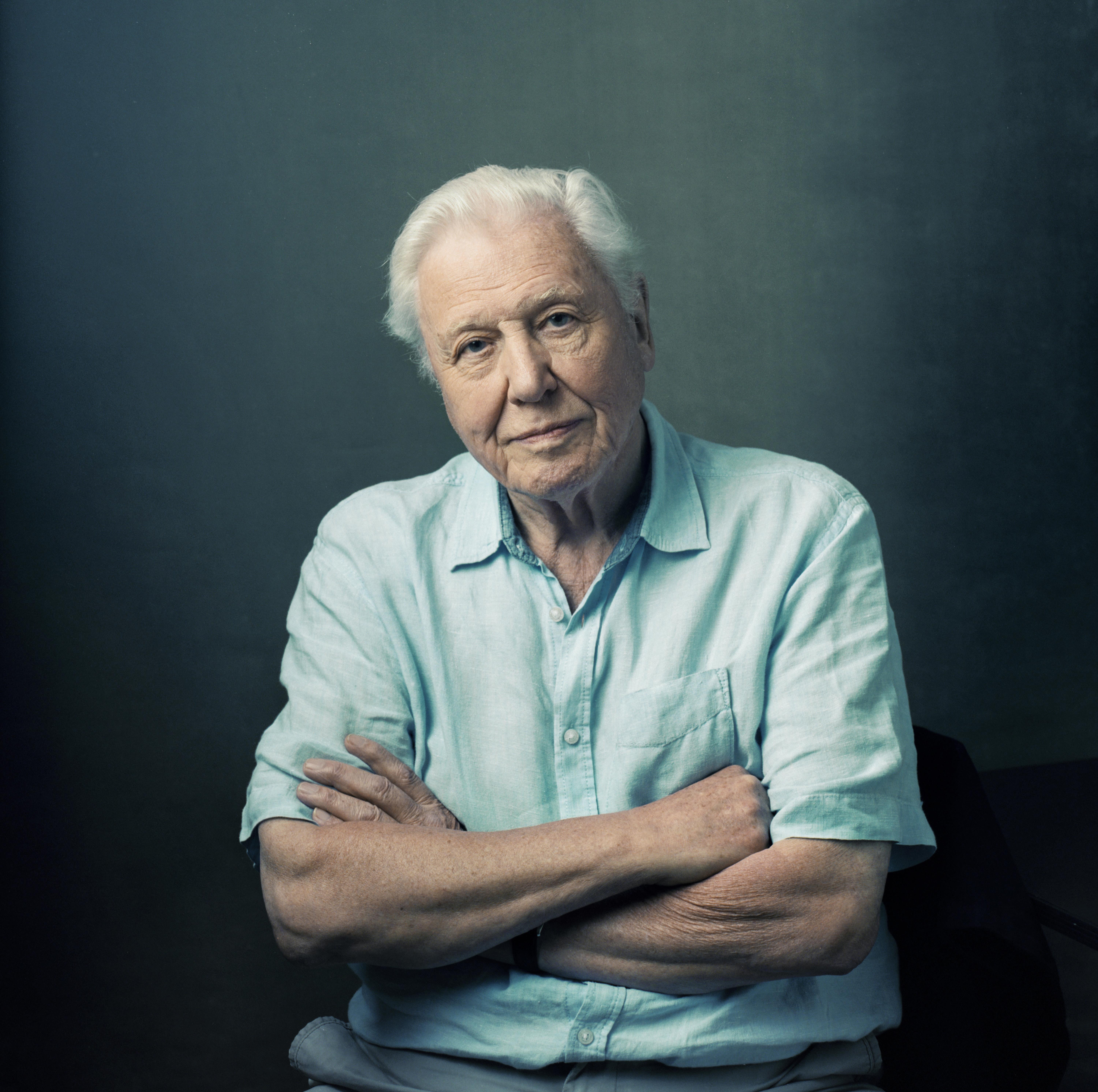 EXCLUSIVE: Sir David Attenborough spoke to Helen Herimbi about ‘Blue Planet II’, ahead of its African TV debut this weekend

A few members of the media from all around the world are sitting in a room at the BFI IMAX in London, waiting for Prince William, the Duke of Cambridge, to arrive to a royal world premiere of Blue Planet II. But I am more excited that I’ll get to sit down with the series presenter, naturalist and broadcast icon, Sir David Attenborough.

When Attenborough walks into the room, it’s like we’re all kids again. He picks up a heavy book about the series, Blue Planet II: A New World of Hidden Depths – for which he wrote the foreword – then, with tongue firmly in cheek, he says: “Do you think perhaps they will give me one of these?”

That’s pretty much the core of his presence.

Attenborough is aware that he has all ears and so, he makes interactions memorable. In 2001, the world saw the first multi-award-winning Blue Planet series – which uncovers the wonders of the oceans. It was the most-watched natural history programme in the UK for 15 years running. It was narrated by Attenborough, who also writes the script. It took the BBC Natural History Unit four years to complete a follow-up.

Blue Planet II is an astonishingly up-close look at creatures I didn’t know existed. This season has seven episodes that run just under an hour and it’s wonderful to see how Mzansi plays a role in what really feels like a film. There are expeditions to the Eastern Cape to check on the Indo-Pacific Bottlenose Dolphin, as well as visits to the Wild Coast and even kelp forests of the Cape. Expect to learn more about the Common octopus, Pyjama shark, Sevengill shark, Cape fur seal, Bamboo kelp and Split fan kelp.

After the screening, the series’ executive producer, James Honeyborne, is sitting next to Attenborough. I remark that the first time their paths crossed was about 20 years ago on the BBC’s Wildlife on One – of which Honeyborne was the producer and Attenborough was the presenter.

“Well, David has obviously been doing it a lot longer,” Honeyborne says with a sly grin towards Attenborough, “but that was when I got my first break and got to make my first film with David.”

“Which one was that one,” Attenborough flips around in his chair to look at Honeyborne.

I ask Honeyborne what he has learned from working with Attenborough since that first day two decades ago and before he’s had a chance to answer, the funny Attenborough quips: “Well, he’s become more awkward.”

Again, we laugh and Honeyborne finally says: “ he still has the same passion and enthusiasm and I’m still learning, so it’s great!”

Attenborough prides himself on getting you hooked on sea life from the first sentence. “Getting the words right is very critical,” he says. “I think it would be true that I have, by and large, spent more time trying to get the first five minutes right than any other five minutes in the programme.”

As a writer myself, I would be remiss to not ask him about how he seems to be the GOAT of broadcast commentary. He says: “It seems to me that there are some very simple rules when it comes to writing commentary. One is that you don’t tell people what they can already see.”

“The other is that you don’t use too many words. I haven’t yet written a script that I have come back to 10 years later and not said: ‘There were just about 10% too many words. You should have cut out even more.’”

“The other is you don’t get carried away by literary excitement and suddenly decide you’re going to make flowery language with all kinds of metaphors and similes, which are not necessary when people can see what you’re writing about! Commentary is secondary to the picture.” Watch the master in action this weekend.