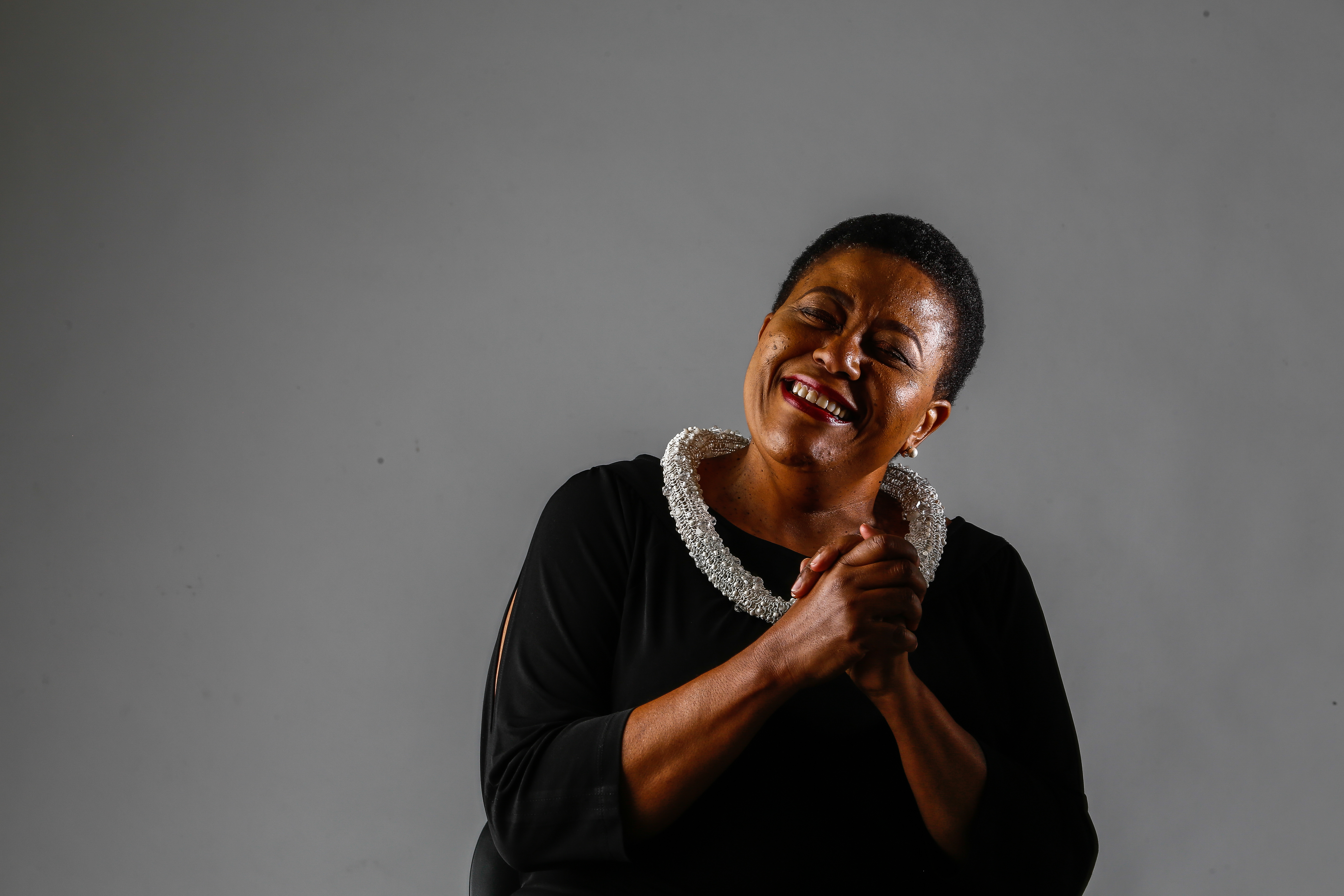 Tomorrow is veteran mezzo-soprano, Sibongile Khumalo’s birthday. Before she tells us what gift she would like to celebrate her 60 years on this earth, she gives one to music lovers – three nights of concerts.

Titled Sibongile Khumalo: More Than Three Faces, the concert series started last night and will end on Sunday. The title is a nod to her breakout residency at the iconic Kippies jazz lounge in 1992. We sit, sipping fresh green juices, as she reflects. “It’s actually a simple story that had such far reaching implications,” she starts.

“There was a guy who sadly died in a car accident. His name was Arthur Habedi and he used to run Kippies. I was teaching and I was head of the music department at the FUBA Centre back then. So, Arthur said to me: ‘Sibongile, I have space at Kippies and I want to give you a month for you to try out stuff.’ I said: ‘A month? Do you realise what that means?’ And he said: ‘Yes. I know you can do it and you need to believe you can do it.’ I knew I’d like to try it out.”

For six days a week all month long, Khumalo and her band would perform three “hard sets” each day. The number three became something that has followed Khumalo’s career for years.

“So we had to find a name for the show,” Khumalo said. “We mulled it over for a couple of days. I’m from a classical singing background – university-trained and so on. I was also finding my way in the jazz realm. I’d always think: ‘Eish, but I’m not a jazz singer.’ I also really loved South African music and I’d done some shows like Gore’e. Somehow, in my discussion with Arthur, we ended up coming up with a tossup between ‘Three phases’ and ‘Three faces’.”

“And in conversation, it became clear that it ought to be faces because phases implies that you sing one thing, leave it and move onto the next thing. It wasn’t happening in phases in the show, though. Sometimes three phases would happen within one song. Arthur felt quite chuffed by the name of this show because it was something that the regular performers wouldn’t have done consciously. He was helping me, I suppose, settle into a sense of self as a performer.”

It was this show that became a precursor to Khumalo being named the Standard Bank Young Artist Award in 1993. Another fun fact is a funny story Khumalo told me.

“Brenda Fassie came to the show this one Sunday evening,” Khumalo recalled. “She wanted to sing with my band. The guys were very upset that I had let her do that. Let’s put it down to some people not wanting to be associated with popstars.”

Khumalo and her band would often sing a jazzified version of Morris Albert’s song, Feelings. This was the version Fassie had wanted to take on when she asked if she could sing in her show.

“I remember there was an issue around what key she would sing the song in,” Khumalo chuckled. “She obviously didn’t know what they were talking about. They said: ‘How are we going to play for her if she doesn’t know what key she’s singing in?’ I said: ‘Just find the key, guys. Come on!’ So they found the key and that child killed that song! She rocked it. I was like…” she drops her jaw, astounded.

“They wanted me to come back onto the stage but I just said: ‘No, ishow iphelile (the show is over)’.”

That show brought something special to an artist who was finding her authentic voice. As such, it’s a significant name to boomerang into Khumalo’s life 25 years later. On Friday, Khumalo shared the stage with a youthful orchestra for a classical evening. Tonight, she performs all new music and tomorrow, a special tribute to Khumalo will be in session.

She seems filled with trepidation at the thought. “It’s music that I have created myself,” she told me. “I’ve written these songs. Mdu Mtshali, who is a long time collaborater, has helped me realise the songs from an arrangement perspective. In terms of how IP and songwriting is considered, this is me laying myself and my heart bare.”

“I’m laying my soul out there in terms of the story structure. We’re trying to create a narrative that permeates. It’s like going to the opera where there is a story from the first note which only ends with the diva or prima donna waking up from the dead, to sing.”

And if you’re wondering what to get this music icon for her birthday, she says it’s simple. She is in the process of reviving the Khongisa Youth Academy for the Performing Arts and funds are needed to build a larger structure to accomodate the young people in KZN. Donations are welcome on any evening of Sibongile Khumalo: More Than Three Faces.

Tags: MusicSibongile Khumalo
Previous
On: Rouge
Next
On: Lady Lea