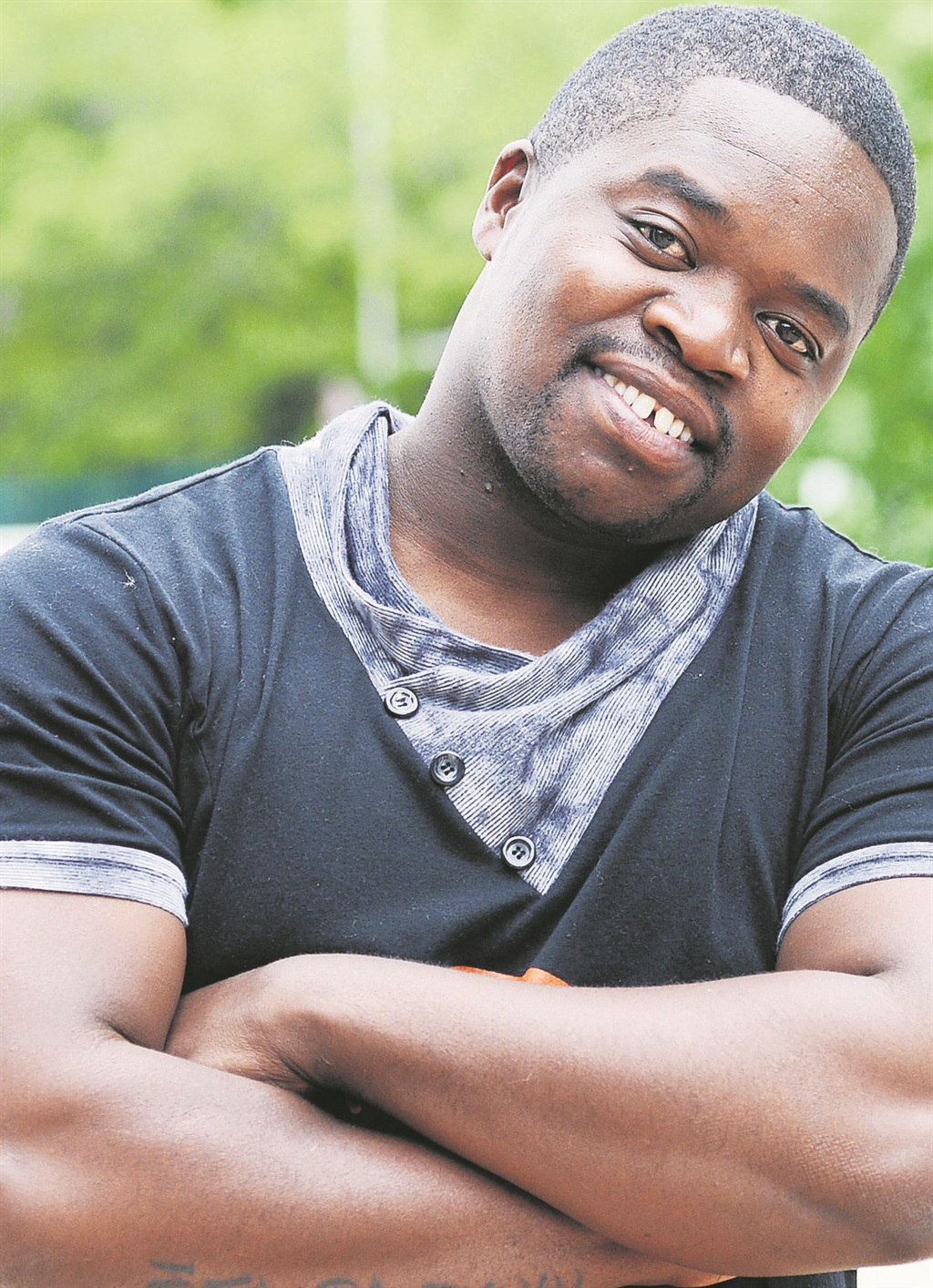 Multi-talented comedian Mashabela Galane is tickled by the fact that his latest kwaito album was nominated for a Sama, writes Helen Herimbi

“I’m like Jomo Sono,” Mashabela Galane tells me as soon as he sits down. “I do everything.”

One of the most successful stand-up comedians in the country is nonchalant about the statement, but that’s about as far as that goes. We’re meeting up because he cracked a nod at the 24th annual South African Music Awards (Samas).

I’m surprised that his last album, Bona That Rural Dream, is nominated in the Best Kwaito category, but Mashabela – as he is simply known – well, Mashabela is bemused. I start our conversation by saying most people don’t think of him when they think of kwaito.

“Me neither,” he giggles. “I didn’t know, seriously. I was surprised when they nominated me. I thought it was a joke because I do jokes, you know. But I have an album, it’s 14 tracks, so I qualify to actually submit for that category. I’m under the Universal Music record label, so they told me that they’d listened to my album and wanted to submit it to the Samas,” he continues.

“I was like: ‘The Samas? If they can’t be won by the likes of Cassper (Nyovest), then who am I?’ I said they should submit and they went quiet for a long time. Then I saw an invitation to the nominees’ announcement.”

He shakes his head and then grins.

“And you could tell that people were surprised to see my name. When the announcer was announcing the likes of Chomee, people were like ‘wow, wow,’ but when it came to my name, it was just toe,” he puts a finger on his lips.

Mashabela’s album is up against Highly Flavoured, by Busiswa, So fa Silahlane, by Team Mosha, Do Mo Squats, by Chomee, and Ska Ba Hemisa, by Trendsetters. I remember seeing Busiswa tweet that this category should actually be renamed in order to accommodate sub-genres such as amapiano, gqom and others.

The lead single is undoubtedly kwaito in the succinct sentence structure and repetitive lyrical nature over a pulsating beat. It’s called Papao A Robale Gae, which means your father does not sleep at home. In his expected, signature hilarity, Mashabela rags on a father who is going through a midlife crisis.

He jokes about a father who goes around declaring he “run(s) Limpopo” and one who loathes to be called “so-and-so’s father” and, instead, he would rather answer to Bra so-and-so. It’s a hilarious take on a central character from Mashabela’s gags and it works so well because the character is a mixture of anonymity and universality. I mean: everyone knows a dad who is going through “adolescence” and if you don’t, then that dad is you.

“The reason I recorded Papao A Robale Gae was because I wanted a soundtrack for my DVD,” he admits. “You know I do everything myself. I can’t ask a rapper to do a soundtrack for me. I did the song and that was it. But you know, I think I deserve this award because if you listen to it, this song is proper kwaito. After the announcement, even Spikiri followed me on Twitter.”

Mashabela named his album Bona That Rural Dream, which is a declaration of how far your dreams can take you, because he wanted young people to look up to his story as a positive example.

“I’ve been doing talks at high schools with the rural kids,” this Wits performance school graduate tells me. “I encourage them to realise their dreams, because the upbringing there is different from (that of) the privileged kids. The first time I actually walked into a library was in tertiary and the first time I actually used a computer was in that library, and I was so embarrassed. When you grow up in rural areas, you don’t have career guidance or exhibitions. Maybe your teacher will hint about who wants to be an engineer, but no one knows what they want to be.”

Mashabela keeps pushing the envelope and hopes that being nominated for a Sama will encourage not just rural children, but big artists in our country.

“If you think about all the big artists who came out last year, they were all newcomers – like Samthing Soweto and Sun-El Musician,” Mashabela said. “All the big artists were quiet. So I wish I win this award, so that I can tell them: ‘The reason I won this is because you are sleeping. You’re busy with that autotune!’”

In addition, Mashabela still has his eye on the comedy prize. While he is expanding his business portfolio to include owning a popular Moringa gin, he is also working on his next one-man special – Sex After Marriage: It’s a Scene. If there’s one thing we will no longer be surprised about, however, it’s that this special is likely to also be accompanied by an album.