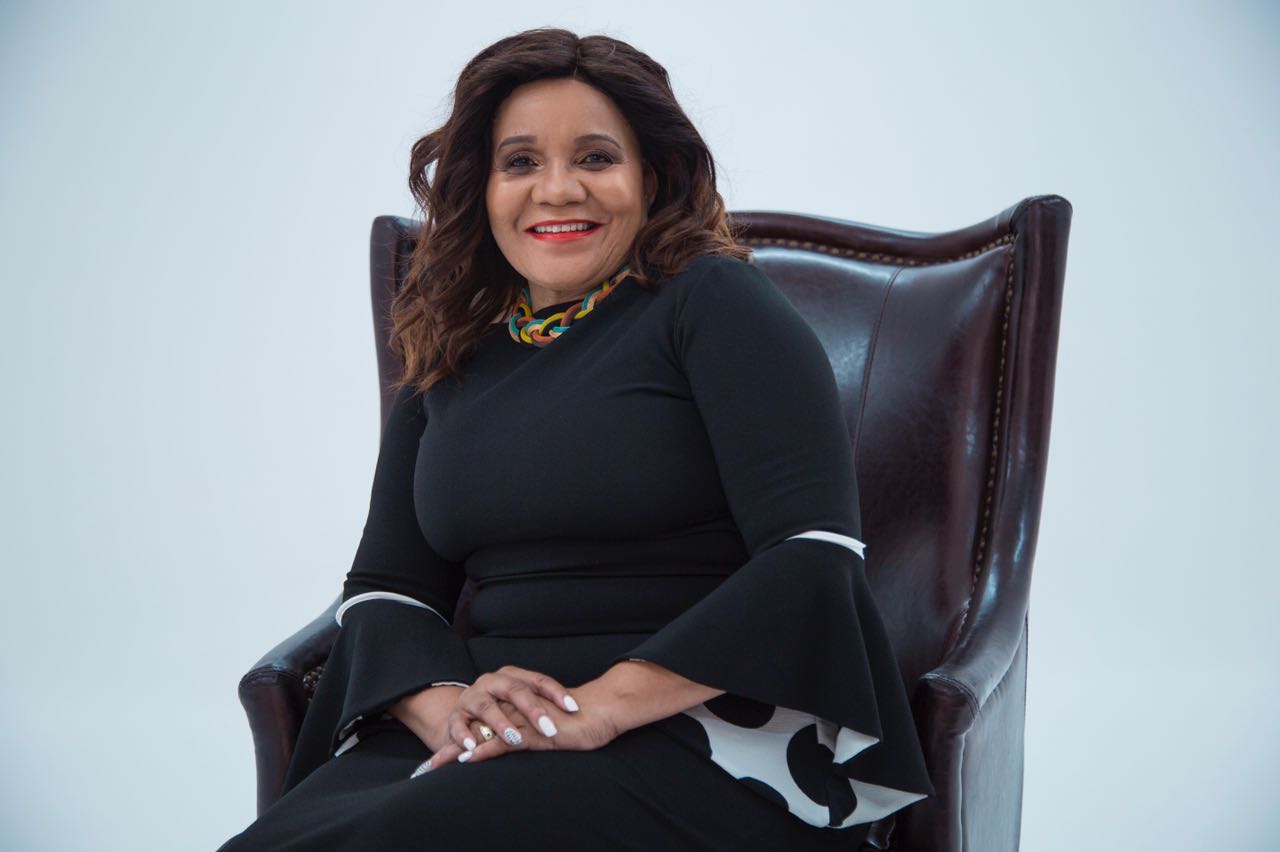 Ahead of being inducted into the Liberty Radio Awards Hall of Fame this weekend, Dudu ‘Lady D’ Khoza speaks to Helen Herimbi

“You were not even born then,” says Dudu “Lady D” Khoza. She’s giggling between every sentence she speaks. The veteran radio jock and community builder who was raised in the Umlazi township of KwaZulu-Natal’s laughter is infectious.

“You were not born when we were listening to Lourenço Marques Radio and I was still very young,” she tells me. “I used to love the music. And then I started listening to Ukhozi FM – it was called Radio Bantu back then. I loved the female presenters – maybe because of the kind of content they presented – people like Winnie Mahlangu and others.”

“I’d tune into the teenage programmes on weekends and I used to love the content and music, but I never thought I would be one of the people on radio. But my love for radio started there. Since then, there was no other station than Radio Bantu that I listened to. It was only when the honourable Koos Radebe introduced Radio Metro that I started having a second station to listen to. Right up to now, those are the two stations I listen to.”

Khoza’s loyalty runs deep. She has spent all 25 years of her career in radio on air at Radio Bantu, which became Radio Zulu and is now known as Ukhozi FM. She was even a part of the team that came up with the station’s current name. While the airwaves are entrenched in her life now, it wasn’t always that way.

She got a University of Zululand scholarship to study to become a librarian, but her mom couldn’t afford the amenities that weren’t covered by the scholarship. Prompted by the dire financial situation at home, Khoza took a gap year and a teaching post, which ultimately led her to study nursing.

“In nursing, I was a bright star and forgot that I was so afraid of blood,” she laughs. In attempts to stay away from working night duty, Khoza studied a diploma in community health. She rose up the ranks and was moved to the family planning head office. The office was paid to administer advice through hand-written letters and answer questions on the radio through a faceless authority called Sister Mildred. Khoza became the Sister Mildred of the airwaves.

“Family planning was still a new thing and Radio Zulu listeners were hard headed – the males were very patriarchal – but the station manager would talk about me and say: ‘But this one can convince them. They listen to her.’”

They still listen to Khoza.

After a decade in the health sphere, she was hired full-time by the station. She started presenting and producing her show, Sakhisizwe and, 10 years later, she bagged the nine-to-12 slot, which is largely seen as the lifestyle slot on traditional radio. That show is called Jabulujule, which means be happy but learn while you’re at it. For 15 years, Khoza has been committed to providing elixirs for what ails the community.

She changed the perception of her slot being women-centred by involving men in discussions. She started Sheila’s Day, a feature that spoke directly to domestic workers at a time when they felt uncatered for because they were not urban or rural enough to be spoken to. Today, Sheila’s Day is a movement that sees women all over the country meet monthly.

She also made it a point to include young people. The bed-music she uses while presenting her show is AKA’s The World Is Yours. Khoza starts humming the lyrics when I ask her about this.

It feels like joy is her default setting and that she’s only had peaks in her life. So I ask her if she’s had some valleys in her journey to becoming a veteran.

“From the moment I arrive, I just do what comes from the heart,” Khoza says. “But some of the downsides is that sometimes people come and go, and sometimes they don’t understand what’s so special about me.”

Having already won the Best Daytime Presenter (at a commercial station) award in 2012, Khoza is no stranger to the Liberty Radio Awards. On Saturday, she’ll be inducted into the Hall of Fame.

“I am humbled,” she says of the induction. “I must say, without being pompous, that I expected this kind of evaluation about me because I work so hard for it. At the same time, I am thankful to whoever contributed to that respectful status.”

In radio, there are some iconic voices and some iconic names. I ask Khoza how she wound up being Lady D.

“Heeeeyyyyyi,” she exclaims. “There was this station manager called Hawu Mbatha and he sat us all down and said: ‘As a radio presenter, you’re an artist and, as an artist, you must have a stage name. So I’m assigning you to sit down and give each other stage names.’ We thought he was joking.”

“My colleagues gave me about five names,” she recalls. “I remember one name was General Giver. Then someone said: ‘That sounds like a prostitute!’ But one said: because your name starts with a D and you’re such a lady, your name should be Lady D. And it stuck.”

This lady is a legend and she hopes to still be on radio for many more years – even if it means she has to slow down. But she also has her sights set on producing television. But before that, her award awaits her this weekend.

Tags: Lady DRadio
Previous
On: BK
Next
On: DJ Lag