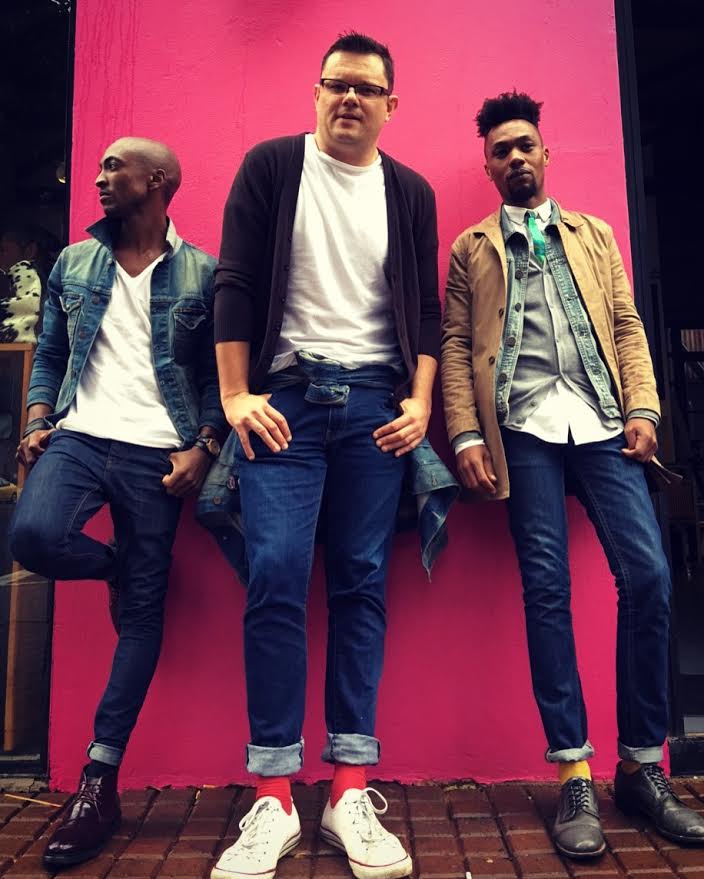 Listening sessions are strange. And judging by how Tebogo J Mosane and Sakumzi “Sakie” Qumana nudge each other and laugh while all eyes are on them, these sort of sessions must feel strange to them too.

Mosane (drums and backing vocals) and Qumana (synthesizer and vocals) are two members of a three-man band that is the current incarnation of Johnny Cradle. The other member, Lazola “Laz” Ndamase (turntables and sampler) is the perpetual cool guy and doesn’t seem swayed by the awkwardness that must come with a bunch of eyeballs fixed on you as your music plays through the speakers.

Johnny Cradle’s debut self-titled album is a definitive body of work. Over 10 tracks, the band presents a sonic explosion of roots, hip hop and tinges of kwaito. It is released by independent record label, Just Music.

“Johnny Cradle is the most important band in the country right now,” says Just Music’s Matthew Fink at the listening session. “From a social standpoint, they’re saying all the things that people should be saying.”

This is glaringly obvious on Salut. The song is a tribute to the blue collar workers of this nation. It tips a hat to the farm workers, the taxi drivers, the helpers in your homes, the teachers, the ladies who make the tea in your corporate office blocks and beyond.

“It gives props to the people it talks about on the song,” Qumana explains. The price for Johnny Cradle finally releasing their album has been plenty of rehearsals. In fact, this band rehearses so much that it’s no wonder they are one of the best live acts in the country.

On the album, Johnny Cradle comes across as the everyday man who is a keen observer of his community and surroundings. That’s why it’s heart-warming to find encouragement on songs like Men Like Us and Asidlali.

But, if they are the everyday man, then they also know how to have fun.

Mosane then goes on to explain where the name of the band came from. He says: “It’s like John or Jane Doe. It’s a pseudonym that we use to represent us. But there’s a second part to that. Johnny Cradle represents men like us,” he continues and points at his band mates.

“The kind of guy who is able to balance life. We can have fun, fuck around, do all those things and still take care of our families and fulfill our promises to the people we love.”

Johnny Cradle is serious about their journey in South Africa’s musical landscape. They have faced adversity, but they are also proof that you can triumph over it.

“We are just not playing around. Although Saki would say something more vulgar to explain that,” Ndamase looks at Qumana and all three of the mates laugh. Then Ndamase shrugs and says: “ok, ok, we’re not fucking around!”