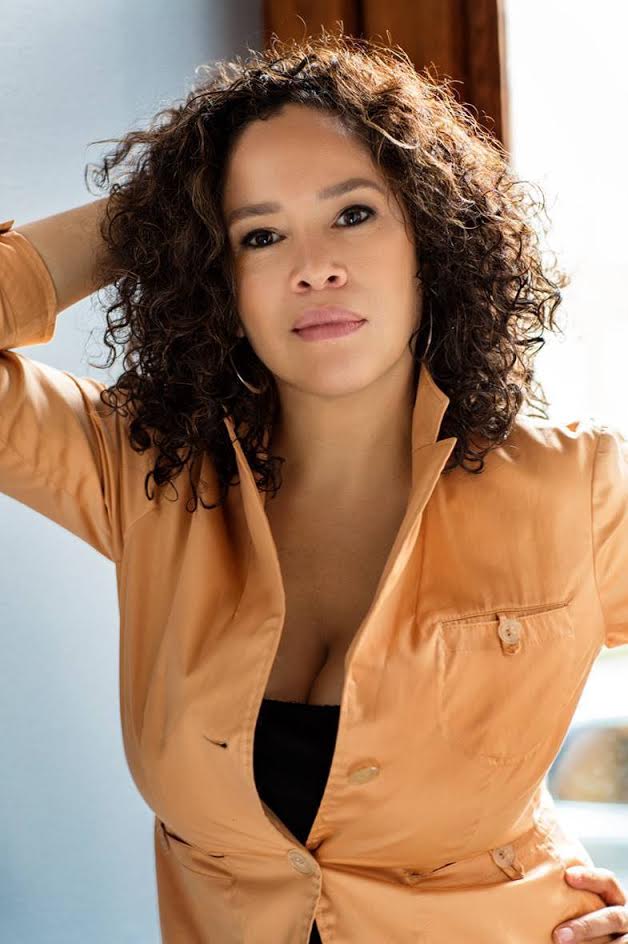 Ahead of the inaugural Afropunk Joburg, co-owner Jocelyn Cooper spoke to Helen Herimbi about politics, pap, POC and publishing

It’s 3.46pm and Jocelyn Cooper is famished. For someone who is widely known as a foodie – her Twitter bio even says: “business lady, partner, friend and great cook” – I am surprised this will be her first meal of the day. But her hunger to get the very first Afropunk Joburg started without a hitch is much greater.

The 14-year-old worldwide movement aimed at celebrating the talents (musical, culinary, style-wise) of people of colour began in New York but has already made its way to Atlanta, London and Paris. At Constitution Hill this weekend, it makes its debut on the African continent.

“Celebrations is what I call them,” Cooper tells me as she digs into her Shwarma & Co chicken with her hands while she waits for a plastic fork to be brought to her. “Because they are celebrations of the community. That’s what Afropunk is. We have 40 million people that we reach online every week. It’s a celebration of our people, our culture, our music, our style, politics, activism – all of that.”

Activism was woven into the fabric of Cooper’s life from an early age. Her parents were so politically involved that, in the 1960s, they brought a lawsuit to the government that challenged the district lines in Bedford-Stuyvesant and made it possible for Shirley Chisholm to be the first black woman elected to congress.

Afropunk has certain rules: no racism, no sexism, no homophobia, no ageism, no fat-phobia, no able-ism, no hatefulness etc. And those are mounted at every event. “It was about creating a safe space for everybody,” Cooper says.

“Some of that comes from my parents but it’s also from (Afropunk co-owner) Matthew Morgan, my partner. The political part and community piece of what we do is very much inspired by my parents and its their legacy being carried on through the work that Matthew and I do.”

Cooper was working for LA Reid (at Hitco Music Publishing) when the Afropunk documentary first came out. “It clicked for me that this could be something bigger than anything I had ever done in my life,” Cooper says. And so she took the leap and left the record company business after over two decades of holding positions at Warner/ Chappell and of course the Universal Music Group.

But in this interview, Cooper – who speaks in a very measured but warm tone – indulges me and takes me back.

“I saw (the music business) as an amazing opportunity for me because I wanted to break down some barriers and go places that no one had ever gone,” Cooper reminisces on rising up from an admin role to head of A&R and more at Universal Music. “I wanted to create a company and an environment for creative people to feel safe and cared for and nurtured.”

American music industry veterans like Vivian Scott-Chew have praised Cooper because of her knack for spotting a hit before other people get it. D’Angelo, who was the first writer Cooper signed to her publishing company, Midnight Songs in 1993, is an example.

“D’Angelo was in a hip hop group called IDU, I have the demos at home,” Cooper says. “So he was the producer for IDU. They came to my office, played me their demo and I immediately stopped them and asked them: ‘Who is the producer and will you bring him to my office, please.’ And they did. I’d never heard anybody make music the way he put together music.”

Cooper was instrumental in giving acts like Brian McKnight, Raphael Saadiq and Angie Stone a chance to be heard by the world. But even with that good ear, I ask her if there was anyone that she missed making into a star. “Alicia Keys is somebody I missed as an A&R person,” she shrugs. “But we had other huge acts. I mean, one of the biggest artists in the world is an artist that was signed by Cash Money. Drake is a part of that legacy. So I did ok,” she smirks.

Cooper is referring to the landmark, culture-shifting deal that she – as senior vice president/special assistant to the chairman – allowed Cash Money to own their music as opposed to signing it away to a record company. In the 1990s, that was unheard of, but that didn’t stop Cooper from pursuing what she believed was right, even if it meant arguing with the suits at Universal Music.

“Oh, there was a big fight,” she throws her head back and laughs. “I went to the chairman of the company and said: ‘These people who aren’t creative are trying to mess with me and I don’t understand why they are meddling with my deal.’ He called them and told them to mind their own business and closed my deal.”

That, of course, was the home for people like Lil Wayne who then became the musical parent of people like Drizzy and Nicki Minaj. And while Cooper wouldn’t be drawn into picking sides in the current beef between Baby and Wayne, she did say: “What I am most proud of is I was helpful in having black men build wealth. That’s important work. As Afropunk, we support over 250 businesses in the food world. That’s important to us. It’s important to take the culture of South Africa and spread it across the world.”

I ask culinary maestro Cooper what, of our food, she wants to learn to cook. “I love to cook,” she stops eating to exclaim. “You knowwww, I’ve learnt how to make pap because I really love it. I wanted to create a grits-pap combination because I want to do other things with pap other than the way it’s traditionally served.”

“But the food from this continent, particularly the food in South Africa and how that has influenced the globe, is something I am very interested in. At Afropunk, what we try to do is not only highlight the food from the country we are in but we also bring in the diasporic culinary experience.”

Buy your ticket and pull up a plate.

Tags: AfropunkJocelyn CooperMusic
Previous
On: Solo & The BETR Gang
Next
On: Blitz The Ambassador