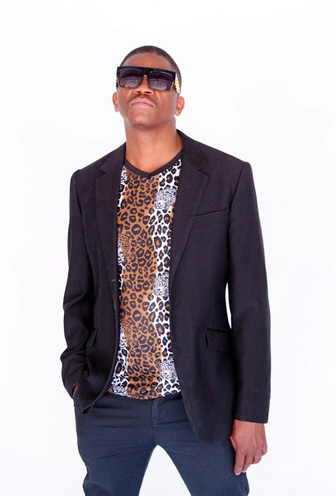 “For maybe three years, I used to have these dreams of just dealing with my matric,” Ishmael Morabe tells me shortly after he’s sat down. The multi-talented artist who is simply known as Ishmael has just come back from a morning of visiting high schools to motivate the kids who are getting ready for exams.

He’s telling me about how he “didn’t finish my standard eight but it was important for me to go and motivate these students because my thing was: I had a few stumbling blocks in my life because I did not finish school. I learned the hard way. If you have education, you’re able to skip the school of the hardknocks.”

Ishmael has a brand new song that has taken the nation by storm and it is rooted in a kid-friendly fave: the Takalani Sesame theme song. Called Takalani (Ever Since), the song samples the theme for a trap remixed chorus about Ishmael’s musical journey from when he was a child.

He sings about always wanting to be a pop star. A rock star, even. A lot of the song is based on his reality. For instance, he sings: “I always tell all of these youngins/That giving up is not an option/Eventually someone will answer/And give you what is yours and then some.”

Yes, he motivates others but he’s also a living testimony of being a kid from Rustenburg, who came to Johannesburg to become a pop star. Even when the odds were stacked against him, he didn’t give up on music. And three decades later, he shares that he never even had the thought.

“I don’t remember a time when I wanted to give up on music,” he shakes his head. “Not even once. I would have rather gone and busked and sang for money on the streets than give up on music. Giving up was never an option. Deep down you know when you have something more to give. Like, I don’t care what the world has to say, I know this is for me.”

This philosophy has treated Ishmael well. After all, Ishmael started singing and dancing with his friends when he was going to school. Then he came to Joburg and sang for Mdu and Spikiri’s MM Deluxe before linking up with Boom Shaka’s Junior to dance at clubs.

He also went on an international tour with Prophets of da City, as a dancer, before they figured out how to integrate his voice into the music. Then he was the lead singer of Skeem before pursuing an incredible solo career which saw him magnify his ability to genre-hop. Of course, he helped usher in the motherland crunk sound as a member of Jozi and now he’s back doing his own thing.

This year, he put out Gimme Gimme Gimme, a DJ Snake-esque bop that didn’t quite make waves. “I wanted to reinvent myself and do something that wasn’t exactly Ishmael,” he admits. “You have to move with the times and the times have changed. Gimme Gimme Gimme was that middle ground I was trying to go for while trying to gain new fans and keep my old ones.”

But then he heard a DJ play the original Takalani Sesame theme song to a crowd went crazy and a light bulb went off. He sampled it. “I was shocked when people said: ‘this track is so nice’ but at the same time, I was not shocked,” Ishmael laughs. “I was happy to see that. It reminded me to trust myself. It changed a lot of things. We were going with Gimme Gimme Gimme. We had even shot the video! Takalani changed all of that.”

I ask him if he was scared the public would think he was being too gimmicky. “I wasn’t afraid people would think Takalani was a gimmick because I knew they would think that,” he lauhs out loud. “The reason I did it was because it is a gimmick. I don’t even want to lie to people. That was the first time I’d heard Takalani played in a club and the way people reacted made me want to do a full song – just because of how they reacted.”

Giving people what they want is Ishmael’s plan for his upcoming EP. “it’s going to be pop music,” he says. “Afro-pop, r&b and pop. Hip-pop. I’m really just trying to take this to the people and give out songs that people will love.”

Tags: IshmaelMusic
Previous
On: Fifi Cooper
Next
Flowers for Ishmael