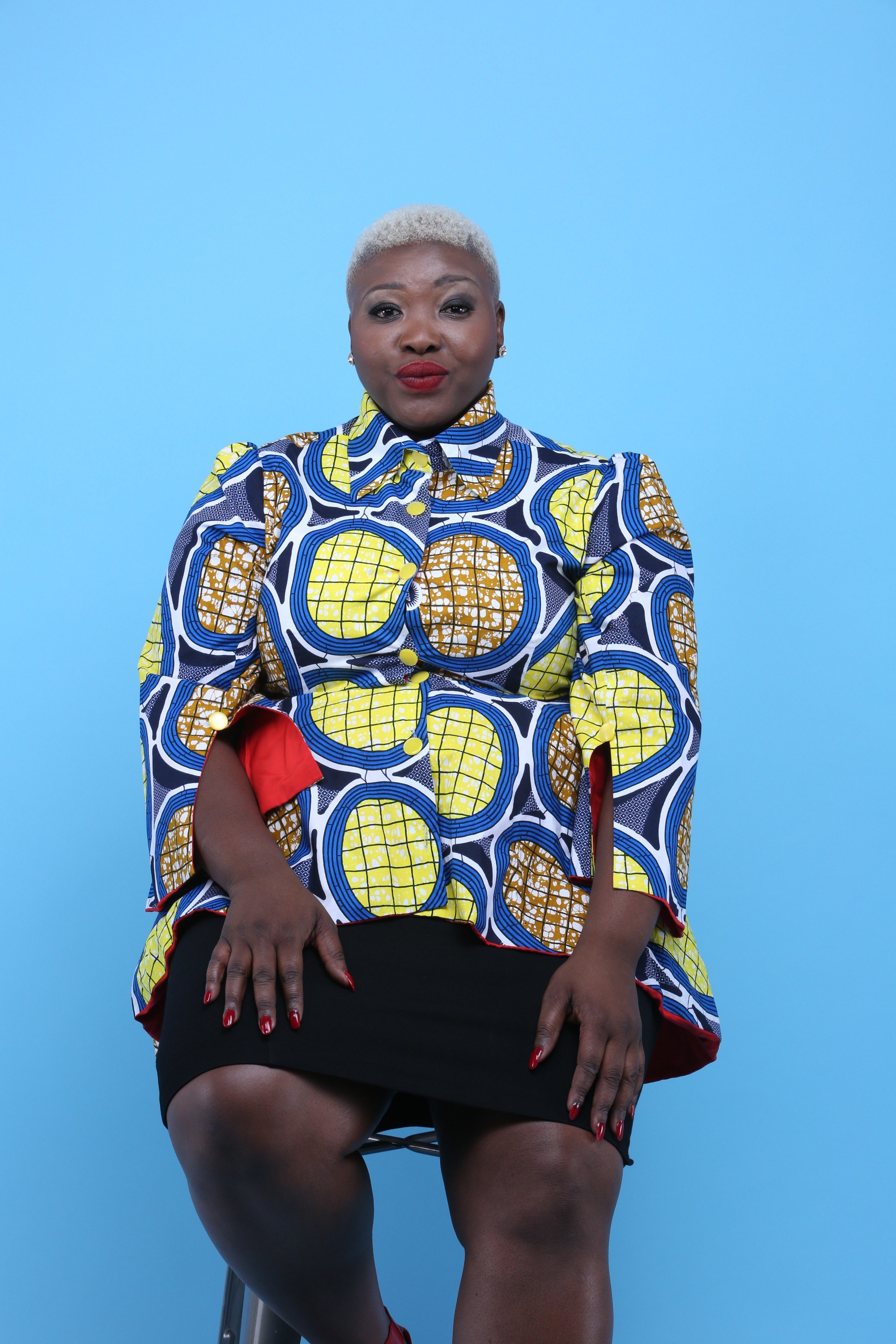 Artists are prone to saying that they didn’t choose art but, instead, that art chose them.

Listening to Celeste Ntuli (pictured) paint the picture of the journey that led to her becoming one of the most recognisable comediennes in the country makes me believe comedy did choose her and not the other way around.

The sun is scorching when we settle under a huge umbrella, but this hilarious trailblazer gives me an even warmer reception.

“I never had to tell my parents what I wanted to be when I grow up,” recalls Ntuli. “They were already spoilt for choice because my seven siblings are all so successful.”

The daughter of a musician father, Ntuli was never meant for the sonic route. Her three brothers formed a reggae group and thrived in Empangeni, where Ntuli was raised, and greater KwaZulu-Natal. One of her siblings is a pharmacist, while another is a chef, but Ntuli says that growing up, her culinary skills were limited to “making that Lucky Star tinned fish.”

In those days, sharing a stage with the likes of Trevor Noah and Eugene Khoza (who encouraged her to quit her job at a book shop and actually take the business of funny seriously) wasn’t on her radar. In fact, even after dropping out of an entertainment technology course – “I was the only chick building a stage and that took away my femininity in a way which made me unhappy there” – and completing all but the final year in a public relations course, the blonde bombshell still didn’t see stand-up written in the stars for herself.

After an eye-opening experience at the National Arts Festival in Grahamstown, Ntuli – who “came to Jozi and did all the wrong things before the September 11 tragedy gave me a wake-up call” – was back in Durban when she saw a poster advertising the need for new comedians for a show.

“I didn’t even question myself,” she shrugs, “I just knew I could do it. The organiser, Sthe Khumalo, said I was who they’d been looking for, put me in a church tent, told me to talk and gave me R500 for it.” She claps her hands and her face lights up as if hearing the story tumble out of her mouth for the very first time.

After that, she came into the public’s consciousness when she and that blonde short crop became a finalist in the second season of David Kau’s So You Think You’re Funny. Armed with an observational comedy style, on stage, Ntuli discusses her experiences in the dating world, the fashion faux pas that occur when you’re not a size zero and the township life that most of her audience will relate to – and she does it all with confidence.

Today, she not only has a one-woman DVD out called Seriously Celeste, but she made a splash and introduced herself to the comedy industry at large when she mounted the Comics Choice Awards alongside a naked pianist and sang – yes, with that voice – about needing a man.

“I even had the flu around that time,” she erupts into laughter, “but John Vlismas still said I sang very well. I was like, ‘good going, Celeste. Now Lil Wayne has nothing on you since you’re out here swearing like a hip hop star,’” she rolls her eyes. “But I took that song seriously and I thought if John thought I was good after seeing me perform comedy once then I’d be killing my journey if I mess the song up.”

“So I’m proud that everyone has embraced me because when I moved to Joburg full-time recently, people thought I was here to be the next Tumi Morake, but Tumi and Isupport each other. She always tells me that I need a man and they don’t date me because I’m too busy reading 50 Shades of Grey.”