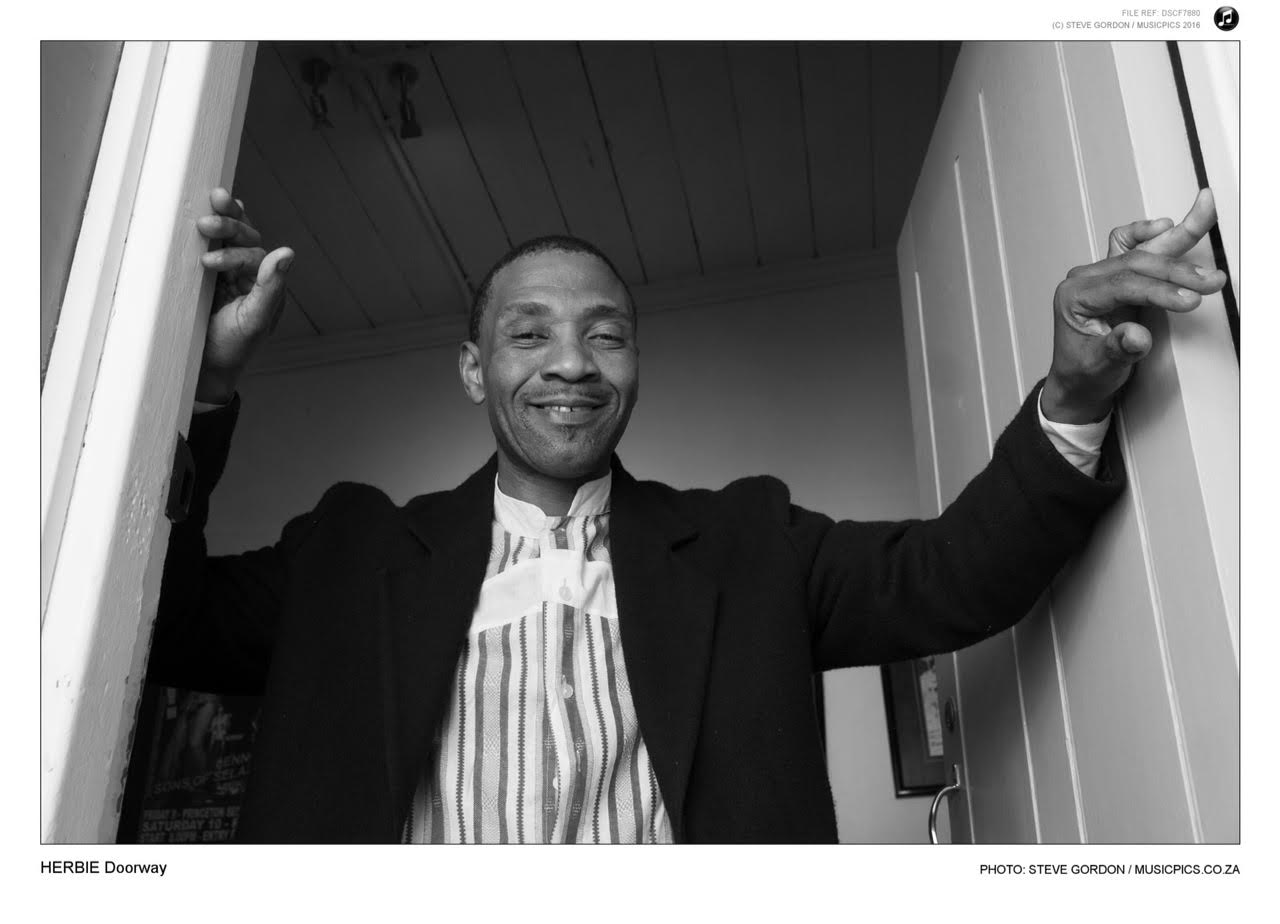 Ahead of Voice’s performance at The 4th Movement, Helen Herimbi talks to band member Herbie Tsoaeli

Bra Herbie, as veteran jazz musician, Herbie Tsoaeli is affectionately called, also answers to another name: uMalume. This is also the name of a popular song from the bassist’s debut solo album, African Time, which was released in 2012.

I am set to meet Bra Herbie on a windy afternoon. When I ask a waiter if he’s seen Bra Herbie, he looks confused. And then Bra Herbie appears from the escalators and the waiter exclaims: “Oh! uMalume? He was here earlier.” I wonder if he is referring to the song or merely calling the older gentleman that out of respect.

There’s no time to find out.

Bra Herbie is already in front of us. We’re meeting ahead of the reunion of his band, Voice, at the fourth birthday of popular jazz club, The Orbit in Johannesburg. With two albums released, Voice, which had a residency at Bassline – when it was still in Melville in the early naughties – is made up of Bra Herbie, Andile Yenana, Marcus Wyatt, Sidney Mnisi and Morabo Morajele.

They will share the stage with the likes of Steve Dyer’s Mantswe a Marabi, Tlale Makhene as well as Sibongile Khumalo. The six day-long festival is called The 4th Movement and many of the acts who have performed at The Orbit will be present.

We settle at a small table on the balcony and Bra Herbie tells me: “My most memorable time spent at The Orbit was when I was sharing the bill with Bra Louis Moholo – whom we learnt all this music from. All those greats – you remember The Blue Notes, Mongezi Feza and Chris McGregor – people who went into exile in the 60s such as the likes of Bra Hugh. But that group was just on another trip, musically.”

Bra Herbie tells me the African Time music has been guided by a force greater than him. He has even coined the phrase “jazz moya” to explain the spiritual side of creating music. “I remember I was with Thandiswa Mazwai,” Bra Herbie says.

“She also knows about jazz moya. I only released African Time after two decades of not recording (solo work). Jazz moya means just do your thing, it’s your time. The creator is giving me the music. I am not one of those guys who sits in studio trying to make the music. My recording has to happen in two days. There are no chart sheets. I direct the music and the jazz moya comes from when I started to create the music, it started to ignite the spirit all the time. I feel it.”

He further explains the spiritual connection to his music.

“How my home was situated was like this,” he touches his fruit cocktail juice and makes that act as his house in the Nyanga township in Cape Town. “On my right hand side, there was a gospel church hitting me all the time. We were not complaining about the noise. At the back here, there was a traditional healer and they had drums,” he continues. “And on my far left, there was a Zionist church where they close the windows and you just see the mist from outside the windows. I went to all of those churches. I wanted to check all of the churches (out).”

Bra Herbie’s career has spanned over 20 years. In that time, he has played with artists such as Hugh Masekela, Winston Mankunku, Bheki Mseleku and all the way to Thandiswa Mazwai’s prolific Belede album.

But African Time, which is also the name of the band he leads, is still most close to his heart. On that album, uMalume is a song that sees Bra Herbie say that he’s headed somewhere with his uncle. So I ask him exactly where the destination was.

He smiles. Then he says: “uMalume left me. You know, Malume is a very important figure in any household in the black community. Malume carries the burden when the kids are growing up. When there is a ceremony, Malume has to know what’s happening in that house. So, in this song, particularly, he showed me things. And he was an mbaqanga bass guitarist for the likes of the Mahotella Queens. I used to carry his instruments; I was like a roadie, in a way.”

That time spent with his uncle gave Bra Herbie a taste of what life as a musician would be like. And he shows no signs of slowing down. In fact, Bra Herbie is working on securing funding to record his second album. If sitting down with him to talk about his career is anything to go by, it’s clear that Bra Herbie knows his album will come in its own African Time.