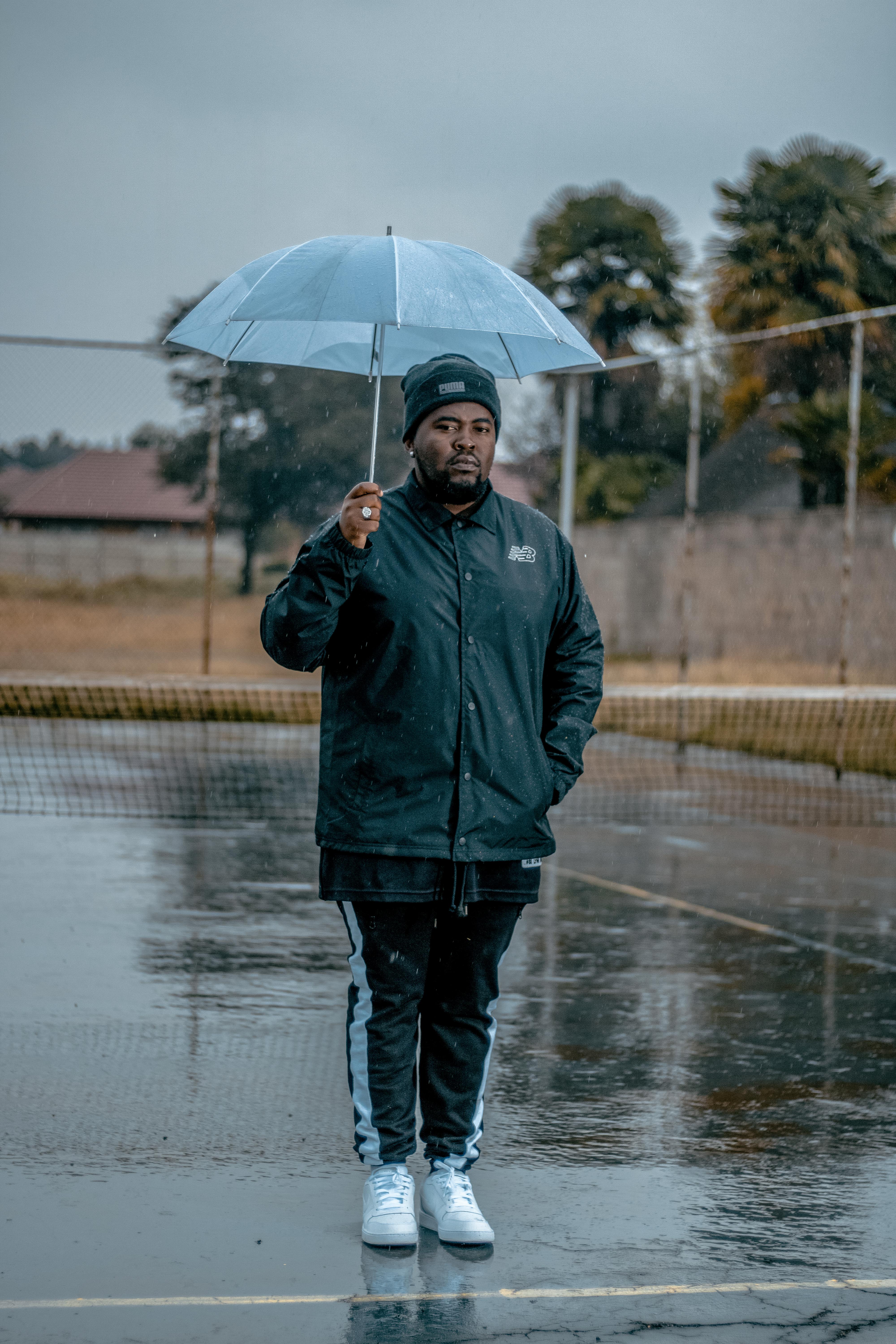 “Are you going to get tattoos on your face, Star,” asks Ninel Musson. She is the director of Vth Season, the indie company Bigstar Johnson is signed to and she also doesn’t have a poker face. “That’s what I really want to know,” she says and emphasises the “I” and we all laugh.

The day I meet up with the rapper at the Vth Season headquarters, he is traveling with his friends and mobile tattoo artist, Ken Inkk. He aims to touch up fading tattoos and start a new one – a bear family on his arm – in between meetings and interviews about his debut album, Me and Mines.

Bigstar already has two sleeves full of tattoos that mean a lot to him. There’s his father’s name, a pair of headphones, even the name Jesus, which was his first tattoo fie years ago, sprawled across across his arm. But even more permanent than that is the mark the 27-year-old rapper aims to leave on the music industry.

Me and Mines is a 12-track album that marries old samples with new beats to allow Bigstar to wax lyrical about the current state of the nation, the state of rap and the state of relationships he’s in. It opens with Understand II, where he raps about the gaps between the haves and have nots. Something he hasn’t typically addressed since he burst onto the scene as the winner of The Hustle TV show.

“I feel like society has woken up to it but musicians haven’t,” he admits. “Our struggles are so far from over and no one addresses that. I felt like if I don’t start then no one will. This album is starting a new wave of consciousness. Like, let’s not just be the drug addict or pimp on our songs. Hip hop is the voice of the youth and I tried to do a project where, even if you feel uncomfortable, at least it makes you think and maybe you’ll do something about it.”

The song, which picks up from the insecurities he expressed on the first Understand, which he released years ago. Understand II presents a time when he feels more at home in music, when he has found love in the music. This is why he sampled Letta Mbulu’s There’s Music in the Air.

“I went for that classic because I wanted the song to talk to everyone. My dad loves that song,” he smiles broadly. “My dad is convinced this song is going to change my life. He doesn’t care about Sghubu featuring Kwesta (which interpolates TKZee’s Mambotjie). I find myself in the music. I stuck to the music.”

The album has several samples or borrowed melodies. From Donnell Jones to Aaliyah  to MC Lyte and lines popularised by the likes of HHP and more, it sounds like Bigstar heavily relied on nostalgia to reel people in. So I ask him if that wasn’t a cheat code to automatically endear himself to people because the samples make them feel fuzzy inside.

“My main target with this album was nostalgia,” he shares. “And the 90s had some really good songs. I didn’t want to lose the essence of those songs in this age. Music recycles and I wanted to bring that culture back to our country. This was a conscious decision to do things differently.”

“People have heard me rap. If we’re being real, this industry is 10% talent. Talent is not going to always help you get your message across. I don’t want to lose myself, because I am a rapper, but I don’t want to rap as much. I made the conscious decision to go with nostalgia and it wasn’t a cop out, it was a choice. Most people will say: ‘ah, but you know it’s going to be a hit.’ But I’ve heard songs that don’t hit.”

Ken Inkk is done laying his paraphernalia on the table and is getting ready to touch up a piece on Bigstar’s left hand. There isn’t enough time in this sitting to start on the new piece: two adult bears and a baby bear.  “It represents that I’m going to do anything to protect my family,” Bigstar tells me. “I was looking for an epic tattoo and the teddy bear thing is something I can’t get away from.”

“People always say: you have a teddy bear vibe to you. Women, especially. I think it’s my physique and how gentle I am. But this bear I’m tattooing is going to be a violent bear,” he says then bursts out laughing. “No, but this is where my state of my mind is now. I will do anything and everything for my family. My daughter is going to be born in less than 30 days and that’s really what brought it on.”

Before he gets onto bottle feeding duty, Bigstar is talking to me about other drinks, as expressed in his infectious song Two Cups featuring Rouge. The pair first worked together on her hit single, Dololo, and their chemistry stays consistent on Two Cups.

“I was 80% done with the album and felt that my album was too musical. Do you know there’s such a thing,” he laughs. “So I wanted to add a good time song. It’ hard to work on a good time joint with people you don’t have a good time with. So I called her to the studio. I knew the hook going in but when she came up with the Cold Rock A Party part, I knew she was catching my vibe! We have a synergy and we vibe and we’ll forever make music together.”

Ultimately, Me and Mines is an album that is musical and, in parts, inspirational whether Bigstar intends it or not. “Hope is what I want people to get out of it,” he tells me. “If you’re real, there’s hope. I speak about the fact that this is not easy and that I’ve wanted to give up but I remind myself that I have more than what I think. Our music isn’t just here to make us shake our asses. We have to say something!”

Tags: BigstarBigstar JohnsonMusic
Previous
On: HHP
Next
She’s Such a F-ing Lady!