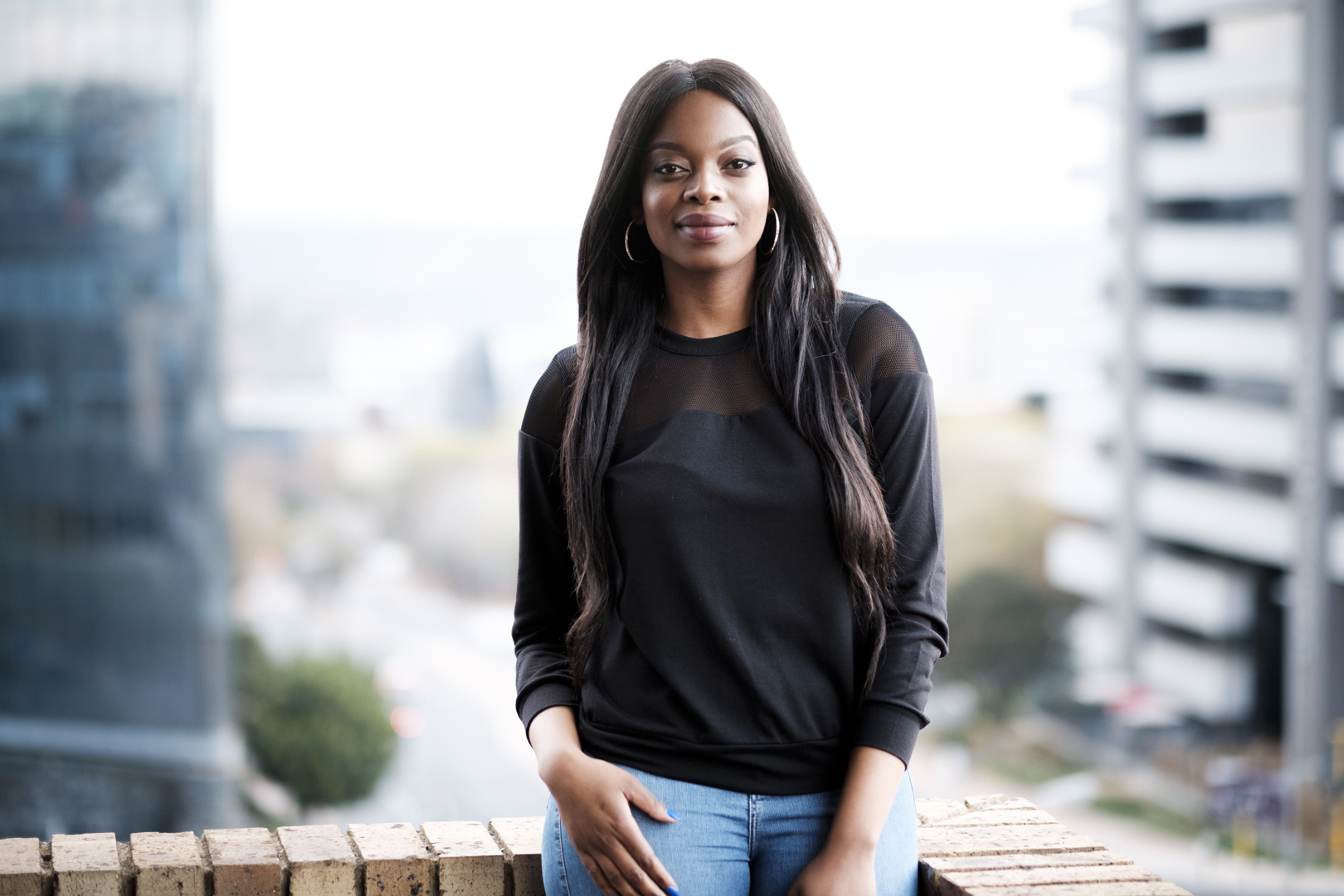 Hustle in silence. Let your success be the noise. These words are strewn over the side of Ayanda MVP’s T-shirt and, in a sense, they mirror the radio and club DJ’s trajectory.

Born Phindile Ayanda Mdluli, this 26-year-old has been working away in the broadcast arena without getting caught up in the trappings of instant fame.

“Of course you can sit there,” she flashes me a smile and motions for me to take a seat next to her as she steers an incredibly intimidating desk into the airwaves. “This is my good, non-face-beat side,” she laughs referring to her make-up free face.

You can catch her 947 shows every weekday and even on Saturday. This weekend, she will attend her first 947 Huawei Joburg Day and she’s got some tips to share. “The biggest thing for a first-timer is to come with your squad,” she tells me after her show. “Don’t come alone. And once you have your squad ready, you need to make sure you experience the day from the get-go, so get there early.”

Tunes mean a lot to the tall DJ, who studied at the National School of the Arts and then took a gap year to audition for musicals. While getting on stage to sing didn’t pan out the way she’d hoped, Ayanda MVP didn’t complain. She hustled in silence and figured she’d study languages and then psychology and criminology at the University of Pretoria.

“This career was not the plan,” she admits. “I was just on campus during orientation week and I saw a stand with a radio and a mic, but I’d never tried radio before.” She became a Tuks FM DJ and “that was the best two-and-a-half years of my life on campus”.

After Tuks, she started at YFM where her distinctive deep voice, coupled with catchphrases like “molifeng” – meaning “in this life” – and her charismatic on-air persona established her as a fave.

But there was also the big, red, natural hair.

I ask her if she felt pressure to change her hair because she is no longer on an urban youth platform. “Now I can afford this expensive hair! I was balling on a budget back then,” she exclaims then laughs.

“It’s not changing my identity. It’s growth. It’s what I have been aiming for. I never told people that I was anti-wigs or weaves. But that was a strategic move for me to be unique, because already when I got to Y, there was Bonang, there was Thando Thabethe, Khutso Theledi.”

“There were so many strong women on that line-up and all of them were already known so how was I going to stand out? I thought: ‘Okay, they all had the weaves so I’ve got the ’fro. Let’s make this work.’ And I made it work.”

As someone who admits to only competing with the woman in the mirror, Ayanda MVP already had a strong sense of self when she started at 947. The narrative many publications were running with when she arrived was that she was replacing well-known presenter Stacey Norman. But even that didn’t put Ayanda MVP in the hot seat.

She tells me: “I wasn’t concerned about the headlines saying I’m replacing anyone. I was more concerned with how I would do on this platform. I was worried I would not fit in, honestly. I was just like: ‘Am I going to belong? Am I going to be okay for the station? Will I be the right fit for 947?’”

“Funny enough, it then became about: how right are you as a broadcaster more than anything else, because if you are placed on any radio station the biggest thing you have to do is connect with the audience, and if you can’t do that then what are you doing?”

“It’s only been two months of being in this slot but people are already associating themselves with me and are always anticipating seeing me when 947 goes to their office parks,” she continues.

“So it’s about taking it slowly. It reminds me of how I was also asked how I felt when Thando left YFM and I was taking over her slot. They said: ‘How do you feel about stepping into somebody else’s shoes?’ and I was like: ‘These are my own shoes. We’re not the same size, we’re different.’”

And so far, Ayanda MVP’s shoes have allowed her to carve her own path, whether it’s behind the desk at 947 or on the decks at Cantare’s Phat Thursdays.

While intent on allowing the success garnered from engaging with audiences through her work to be her driving force – and not her looks – Ayanda MVP is making the kind of noise that is easy on the ear.

Tags: Ayanda MVPRadio
Previous
On: Jah Seed
Next
On: Buks