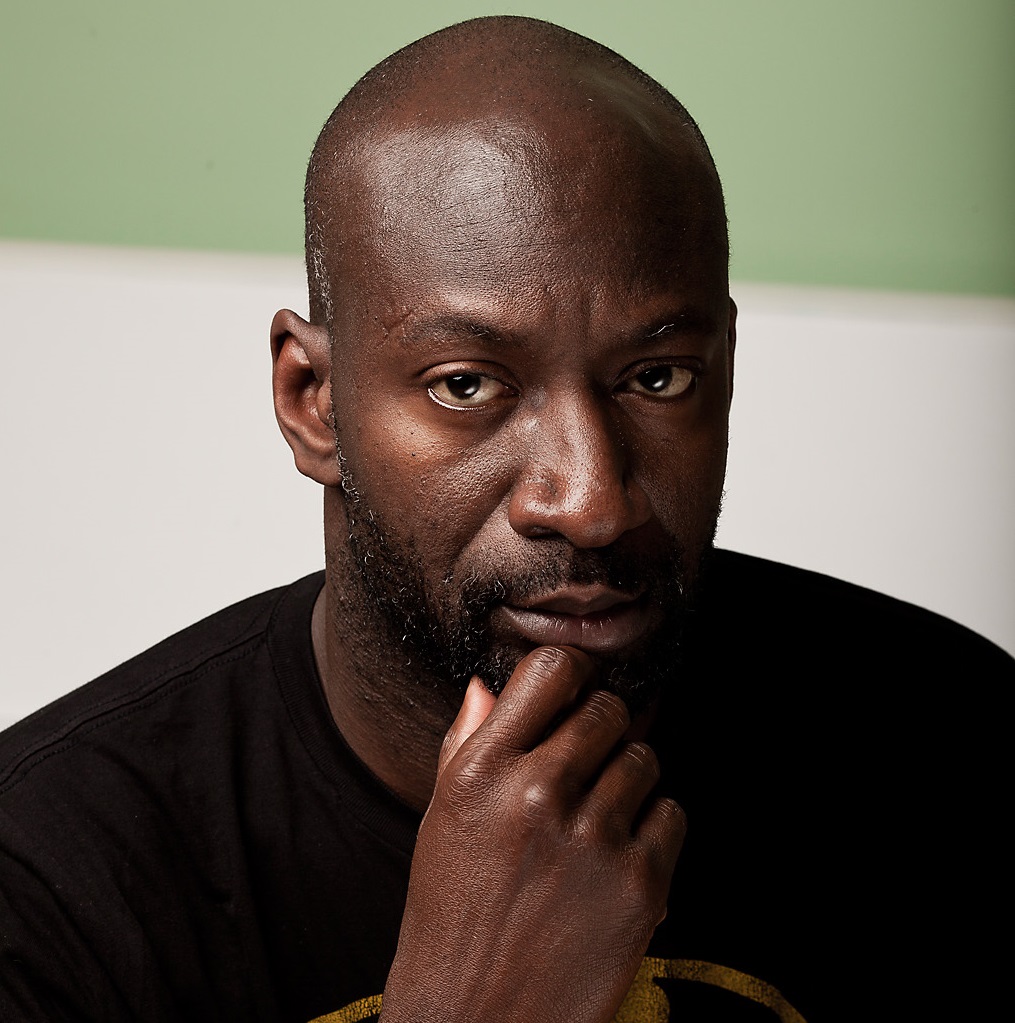 The revolving doors swivelled in the silence. Everyone sat so still that wind colliding with skin would sound like a scream. Then Hakeem Kae-Kazim walked through the hotel’s merry-go-round-like entrance and looked towards us. Big as a bear in a well-tailored suit, he walked over to his sleeping beauty (Mandisa Bardill) who was napping in the hotel lobby chair. She looked up and hugged him.

Someone dared to breathe.

Like a lion woken from slumber, Akin Omotoso got up from his chair and swaggered towards his two actors to give them instructions.

These were the most intense couple of moments for a fly-on-the-wall scribe, but it was just a day at the office for Omotoso. A day that earned him, the cast and crew of his second full-length feature film, Man On Ground (MOG), a spot at the 2011 Toronto International Film Festival next month.

Produced by TOM Pictures (comprising Rob Thorpe, Omotoso and Kgomotso Matsunyane), this film is a soul-stirring story stem-ming from the spate of xenophobic attacks that took place in South Africa. It is a requiem for those whose blood was wrongfully spilled and a reminder to never let it happen again.

But, like Omotoso’s first feature a decade ago, God Is African – a movie about a Nigerian youngster studying in South Africa and his quest to rally people against the execution of Ken Saro Wiwa – this film is by no means a preachy message set to pictures.

Man On Ground is about what happens when a UK-based Nigerian doctor goes searching for his missing estranged brother in South Africa at the peak of the xenophobic attacks. The film is cinematically crafted to do nothing more than make audiences think.

“Three years ago, I was in London working on a documentary about Wole Soyinka,” starts Omotoso, “when I picked up the newspaper. On it I saw a picture of a burning man above something about the 2008 riots. I thought to myself, ‘Where is this?’ and when I saw that it was in South Africa I was stunned because I thought: ‘Well, I just left Jozi a week ago.’”

But instead of turning a blind eye: “I knew I wanted to do something about it, but just didn’t know what.”

So he sat down with his friends, fellow filmmakers and MOG’s leading men, Kae-Kazim (who has gone from our screens to starring in 24) and Lojede (who is most recognised as Bola from Jacob’s Cross), and they hired someone “to research the entire thing and she gathered research like this high” – he places his palm above his torso – “and we spent two years going through that.”

The result is a visually stimulating piece that has all the elements of a good drama and uses spiralling blazes of fire as a powerful communication tool. There’s a great soundtrack that tugs at the heartstrings and some top-notch acting from Fana Mokoena and Makhoala Ndebele.

With MOG, Omotoso, who has since directed short films (Jesus and the Giant) and TV series (A Place Called Home), has been able to avoid the curse of the second feature film but getting here, albeit 10 years later, hasn’t always been a breeze.

Omotoso recollects: “With God Is African, I just wanted to make a film and then I went and read the reviews afterwards and my movie was slated! International reviews were better than local views, but the majority tanked.”

“Then my mom died so I would read these reviews and be like: ‘Whatever man, I just lost one of the most important people in my life.’ I felt like people expected it to be something it wasn’t. Then in 2008, during the attacks, people were asking why God Is African wasn’t being screened on TV and that told me some people got what I was trying to say through that film.”

“So I told myself that next time, I’m going to come out differently because what became evident in my 10 years of acting or directing is that I know more now than I did back then.”

Back on set, Omotoso, a Standard Bank Young Artist Of The Year Award recipient, was the picture of someone who knew what they were doing. He shared a joke or five with Kae Kazim (who starred in both Omotoso films) and Bardill before demonstrating how the hug should play out. The deathly silence returned as soon as Omotoso sat back down and it was back to business.