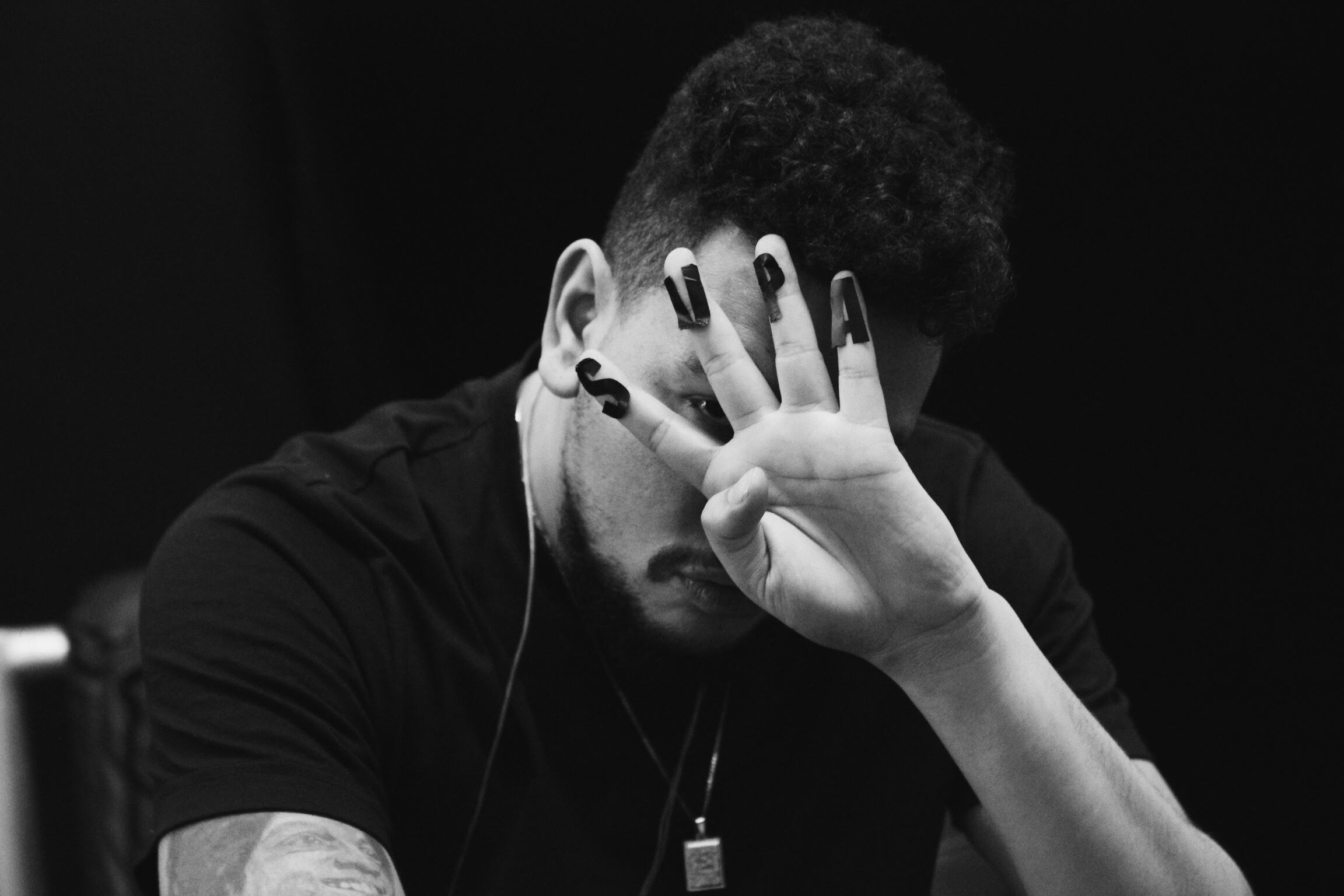 After hearing his new album Helen Herimbi quizzes AKA about love, liquor and lyrics

A day after AKA returns home from Cannes, France, he’s hooked up to an IV at Reviv wellness centre in Johannesburg. He’s there for some rejuvenation after travelling and before he releases his third solo album, Touch My Blood, this Friday.

He’s also adamant about telling me his view of the backlash he received after releasing a single called Beyoncé a few weeks ago.

With lines like even made the f**k*ng news on that Mozambique trip and waited two years just to see you with your weave off , the public assumption is that the song is about AKA’s ex, TV personality, Bonang Matheba. After the song dropped, some corners of social media began calling AKA’s expression through song bitter.

“I would just like to say I am not the first person to make a song about a relationship or about a girl,” he tells me then shrugs. “I would also like to say if you guys didn’t know, or assume you know who the song is about, then you wouldn’t give a f**k.”

Touch My Blood has 16 tracks produced by the likes of Tweezy, Makwa6eats, Buks, Anatii, Tazzy and Nigeria’s Kiddominant along with AKA and Master A Flat. Not all of the tracks are about that relationship. In fact, the themes that jump out are: a nostalgia about soccer, heavy discussions about presidents, a bit of Fresh Prince of Bel-Air, Bheki Cele and a whole lot of drinking.

“We speak about soccer all the time,” says the 30-year-old artist whose real name is Kiernan Forbes. “In fact, while making this album, we would watch old soccer YouTube videos – like Jogo Bonito, old Ronaldo – just to get inspired. We even made a song that didn’t make the album and the sample came from soccer.”

Some of the results include paying homage to Bennie McCarthy’s classic Shibobo verse on Fela, featuring Kiddominant. This is also a song that sees AKA try out his best pidgin flow. There’s even what feels like a determination to create a wedding soundtrack song with the likes of Jika, featuring Yanga Chief. But what’s glaring is the liberal mention of all types of liquor on Touch My Blood.

“I drank more making this album than ever. Partly because I have a vodka deal,” he tells me as the Reviv professional checks on his drip.

“How am I doing, doc,” AKA rhetorically asks him.

“How is she doing,” AKA asks him and nods towards me mischievously. “Not so great, huh.”

When I tell him this isn’t a competition, he doesn’t skip a beat before he grins: “everything is a competition.”

This notion is clear on tracks like Fully In, where he raps: my stature (is) too international/You’re flying Mango/Your baggage go to Cabanas/I’m at the Palace.

This album paints a picture that says he needed other ways to cope with his personal life.

On Reset, he raps: I’m going to down my sorrows in that demisec, and he won’t hesitate to drink out of the bottle either. Champagne gives him a toothache on Magriza, while he talks to this Bombay on Beyoncé, orders demi-sec for the chill on the album title track and 20 rosés for the friendship on Zone.

But, having told me that a lot of Touch My Blood stems from relationships and one that shaped who he became over two years, I have to ask him: was the incessant drinking a form of self-medication?

“Oh, yeah,” he admits. “One hundred percent. I’ve done the most self-medicating on this album than on any piece of work. I do feel like I am healed, but I am not healed by that. That was just a crutch. The loneliness was unbearable, but my daughter, my mom and my friends are the reason why I made it through that period.”

In the years between the release of Touch My Blood and AKA’s second album, Levels, in 2014, the artist has made headlines for more than just a relationship. At some point, he was bashed for his opinions on sociopolitical issues such as Fees Must Fall. He has since taken his thoughts off social media and put them into song.

“I’m done fighting for my political voice,” he says matter-of-factly. “I will voice my political opinions in music because I tried to do it on Twitter and it didn’t work. I’m no expert. For some reason, in South Africa, when you start speaking about politics, people assume you think you’re an expert. I’m just an ordinary – woah, not ordinary,” he laughs. “I’m just a citizen. So now I just try to put it all in the music.”

On Mame, featuring JR, AKA raps: None of you leaders resonate with the kids/Julius’ people taking revenge/ Snatching your cheese up straight out the fridge. When I mention this, he explains: “There’s this gap in equality in South Africa, like how Alex and Sandton are so close to each other. My friend, Jabu, always jokes that if that day ever comes, the people in Alex are just going to walk over the bridge, to the penthouses and take the cheese straight out of the fridge. It’s just great imagery because it means more than just snatching cheese out of the fridge.”

“I think it’s not so much the leaders but that the kids are politically apathetic. I would like our leaders to be younger to resonate with the kids. All I’m saying is there is a huge gap between young people and our leaders. I am a musician, and I resonate with the kids. But,” he lifts his hand in protest as if suddenly disagreeing with himself, “even me now. “There’s Nasty C, A-Reece. If I have to reinvent myself, then the ANC must reinvent itself, and every political party must reinvent itself.”

On Amen featuring L-Tido, AKA imagines all the things he would do if he were the president of this republic. If I was a president, like Thabo, I would pull up all the kids from Eldos, he raps.

“You see,” he tells me, “Amen is an inspirational song. We wanted to make a song that inspires people. Me and Tido could have tried to be just super flexy in the song because that’s what the beat had in it, but we wanted to have young people listen to the song and say: ‘wow, these guys are so cool, we want to be like them’ without them saying look what we’ve got. We wanted them to say look what we’ve got and what we can also try to do for people.”

“With the Eldos line, I feel like coloured people are forgotten in our country and I say if I was the president, I’d go to Eldos and Mitchell’s Plain and places like that and lift them up. This album is way more layered than people will give me credit for,” he continues. “I will never win lyricist of the year – even if I still cared about awards. I’m probably the best lyricist in South Africa – and that’s on the record.”

The best song on Touch My Blood is probably Magriza, a Buks-produced track that features Kwesta. AKA doesn’t sing a lot, and he declares: rap is in a bad place, ni99as got bad taste.

While, on this album, he attempts to set himself apart from South African rap – in how, for instance, he now calls himself a pop star, darling – AKA also can’t separate himself from his foundation.

On Magriza, he also says: If I do it like I’m supposed to, it’s expected.

About this, AKA says: “I hate to sound like an old person, but come on, everyone sounds the same. But when I say it’s expected, it’s like: ‘Of course, AKA’s album is going to be hot.’ I’ll never get credit for being a ground breaker, for this Cruz deal or for this Reebok deal. It’s just expected.”

This is just a snapshot of Supa Mega’s life captured on the interestingly titled album. In October 2017, he tweeted that he’d name his next album Touch My Blood and now, he says it’s because people at his shows just wanted to be touched so that they could feel acknowledged by him. “It was a way for them to connect with me,” he shares.

As someone who has an unmistakable dislike for needles, it’s interesting to watch how AKA still went through the process of putting one in his vein at Reviv. It’s kind of like how he chooses to wear his heart break on his OffWhite leather jacket sleeve for the world to see. Will this vulnerability allow fans to connect with him? June 15 will tell.

Tags: AKAMusic
Previous
On: K.O
Next
On: Mx Blouse