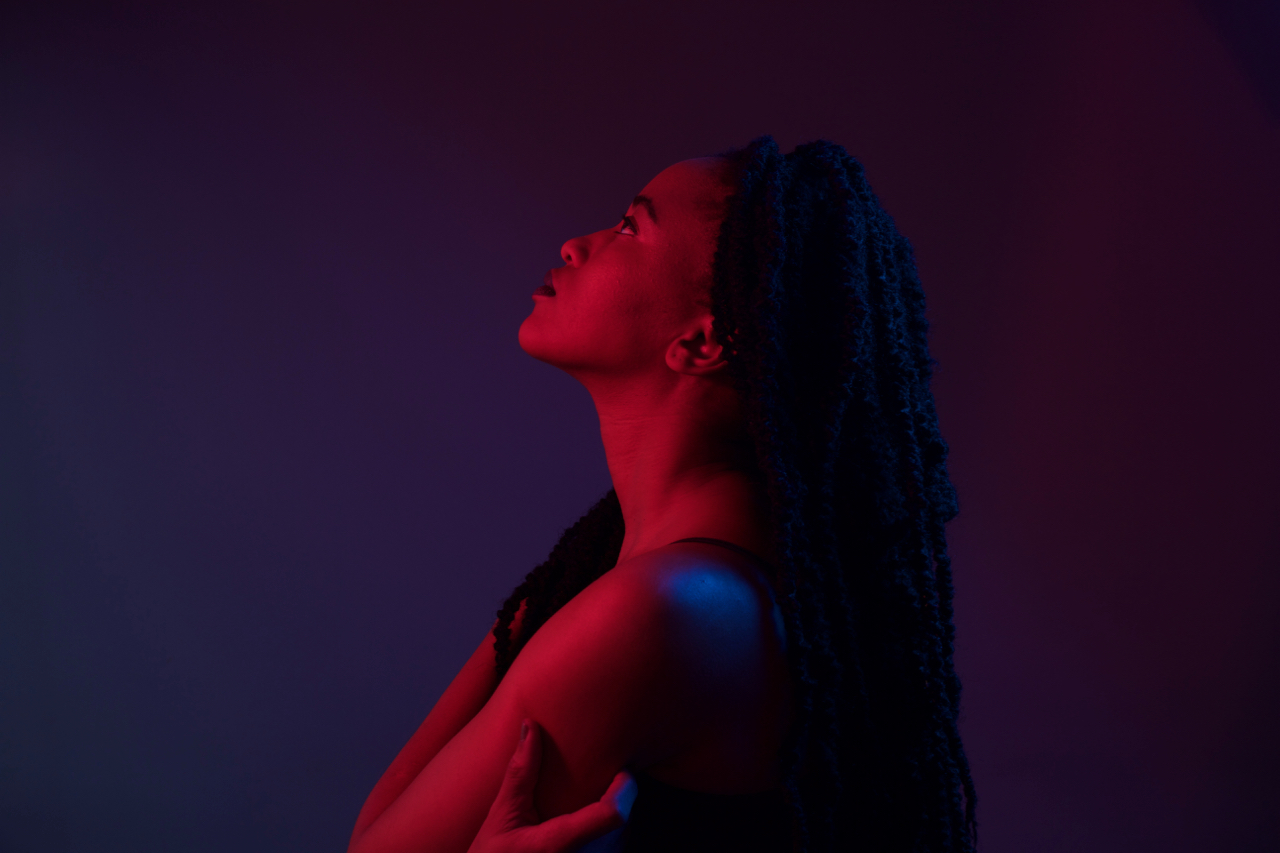 Mpho Sebina is sitting in the corner. She’s got a journal next to her plate of food. “Don’t eat the couscous,” she fake-whispers to me. We laugh and I order a mango crusher instead.

I ask the Botswana-bred singer if she’s been jotting down some songs in her notebook and she nods. She reaches into her bag and whips out a smaller journal with butterflies drawn on it. It’s the perfect starting point for our conversation about her debut EP, Neo. Black Butterfly is one of the fan (and radio) favourites from the offering.

“I’ve been studying myself and I realised that I really like beautiful things,” she smiles.

“I appreciate beauty especially in nature. I always thought the butterfly is so beautiful. That’s where it all started from. And also, my musical influences. There was a time I went through a Mariah Carey phase and she went through a butterfly phase. I love what butterflies represent. That they go from one place and go through a transition that isn’t an easy or pretty journey. You start somewhere and the end result is awesome.”

On the song, she asks the black butterfly questions like where it is going to and what it’s going to do. “When I wrote Black Butterfly, I was talking to myself” she explains. “It was more a self-reflection thing. I’m on this journey and I don’t know what I’m doing, I definitely don’t know where I’m going and I don’t know what lies ahead. I had just quit my job so… what am I doing?!”

Initially, Sebina just started putting mash-ups of cover songs and popular neo-soul beats onto Soundcloud. Imagine Boom Shaka meets Erykah Badu. Then go and listen to Sebina’s sound-cloud page. Sebina then left the advertising industry to pursue her career in music full-time. But her cocoon couldn’t protect her from the devastation of losing the hard drive that contained the original music that was to be her debut project.

“I remember that day so well. I was here in Joburg and I was couch-surfing and I was staying at a friend’s house and I saw on Facebook that stuff in the studio I’d been working in was taken so I called my producer to ask what’s happening,” she recalls.

“You know you only want to cry with your crew, right? So I told the friend and his girlfriend that I’m going to give myself a day to be sad and I literally just sat on the couch all day, they kept pouring wine into my glass and it was like I was mourning.”

She then started the body of work that would become Neo – which refers to the new as well as the setswana word for gift which is also what her name, Mpho, means.

The EP is a jazz and neo-soul infused offering that ends with a gorgeous cover of Slip Away which is originally by the Pat Metheny Band. She also incorporates her setswana heritage with Tjuele, a folktale sang in her mother tongue.

Loves Light is the lead single that has been doing its rounds in media and gaining popularity. The music is beautiful but so is the cover art. It’s a picture of what seems to be a naked Sebina baring her soul to the listener while wearing a traditional blanket as a headwrap. The blanket belonged to her late gran.

“I never met my grandmother,” Sebina explains. “She had this blanket that she’d given my mother and I was just like: ‘no, sorry, that’s mine.’ I took it and sometimes when I come to South Africa, I carry it with me. I’m not from here. I live in a village in Botswana and this is a big city so I take that blanket with me.”

“I was doing a shoot with a friend of mine in Greenside. He’s a photographer who told me whenever I’m bored, he’d like to try out concepts with me. I was like: ‘great!’ He wanted to try a concept with the blue and red light. My gran’s blanket is made of those colours. I brought out the blanket just as a symbol of she’s with me, protecting and guiding me. That was not supposed to be the cover for Neo but after I saw those pictures, I did a 180.” Good choice.

Tags: Mpho SebinaMusic
Previous
On: Nadia Nakai
Next
On: Thabsie