A walk in Gramercy Park

A walk in Gramercy Park

by helen
/
68 Views
No Comments 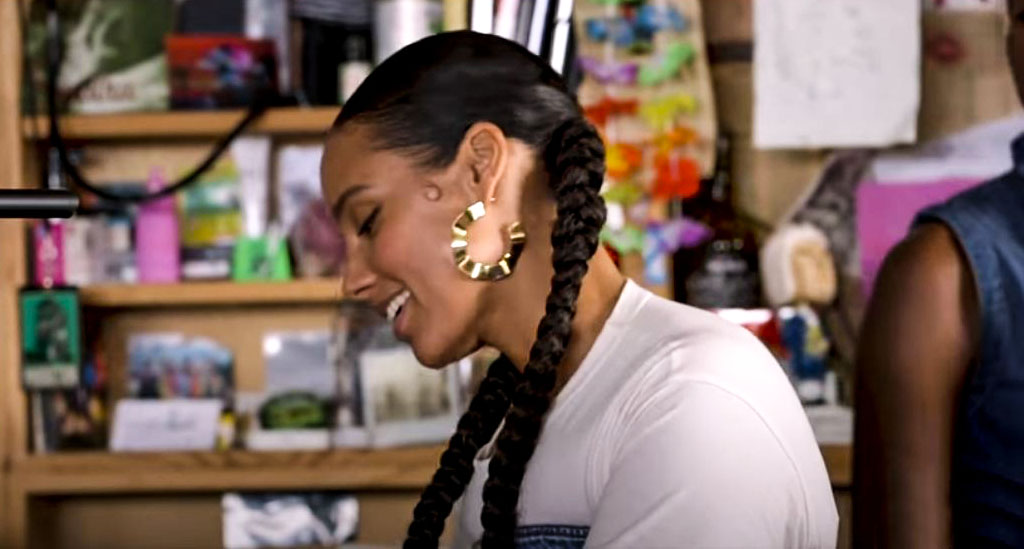 She had me at: “…A lot of what I’ve been thinking about on my own personal journey is kind of how much we contort and conform and adjust ourselves all the time. With the best of intentions, by the way. It’s from the most beautiful place. We want people to feel us and we want people to know how much we care about them.”

By now, you know how much I love Alicia Keys. So, when she started with this explanation before she debuted her new song, Gramercy Park, off the upcoming ALICIA album, on NPR’s Tiny Desk, I was all ears. And felt seen.

It especially resonates with me because I, too, have been thinking a lot about the ways that I’ve become a contortionist. How, in efforts to show people where I am coming from and to make them understand, I have often tried to make myself pleasing to their palate. And it’s not just me. I’ve seen those I love also, over time, conform to what is expected from them. By partners. By jobs. By society.

A few weeks ago, someone I love reminded me that when we met, when I was much, much, much younger, their perception of me was that I was an independent thinker. I grew up an outsider, and maybe even a rebel. From the time my age was in the single digits, I was definitely always a person doing their own thing. And often punished with withdrawn love for it. I think that withdrawal took its toll on me and I became a people-pleaser.

“It’s become easy to hide pieces away/Making up someone in the hope that you’ll stay,” Alicia sings on Gramercy Park.

Along the way, especially around 2017/2018, external validation started to matter to me. Moreso, the weight of my name in a professional capacity began to feel heavy. And not in a good way. People told me they appreciated my work and I tried to not disappoint them. Sometimes, to the point of paralysis. But did they wind up getting a different version of me? A spectre, even. Just… someone who isn’t really me?

I’ve been trying to fulfil you with your every need

I don’t know the answer to that.

The irony is: my work was good because I wasn’t trying to please anyone. I was being my authentic self. Sometimes, in those two years, old me didn’t care and just did what I wanted anyway. But often, I did what I wanted and hoped that others would find value in it too.

It’s taken me some time to call a thing a thing, beloved. To realise I was infected with the disease to please. And even longer to do something about it.

I no longer want to hide. Not my flaws. Not what a badass I am. Nothing. So, fall if you must but I will do my best to make sure you’re falling for someone who is, in every way, me.

Tags: My Life
Previous
Obligated to do the work
Next
My Favourite YouTube Channels