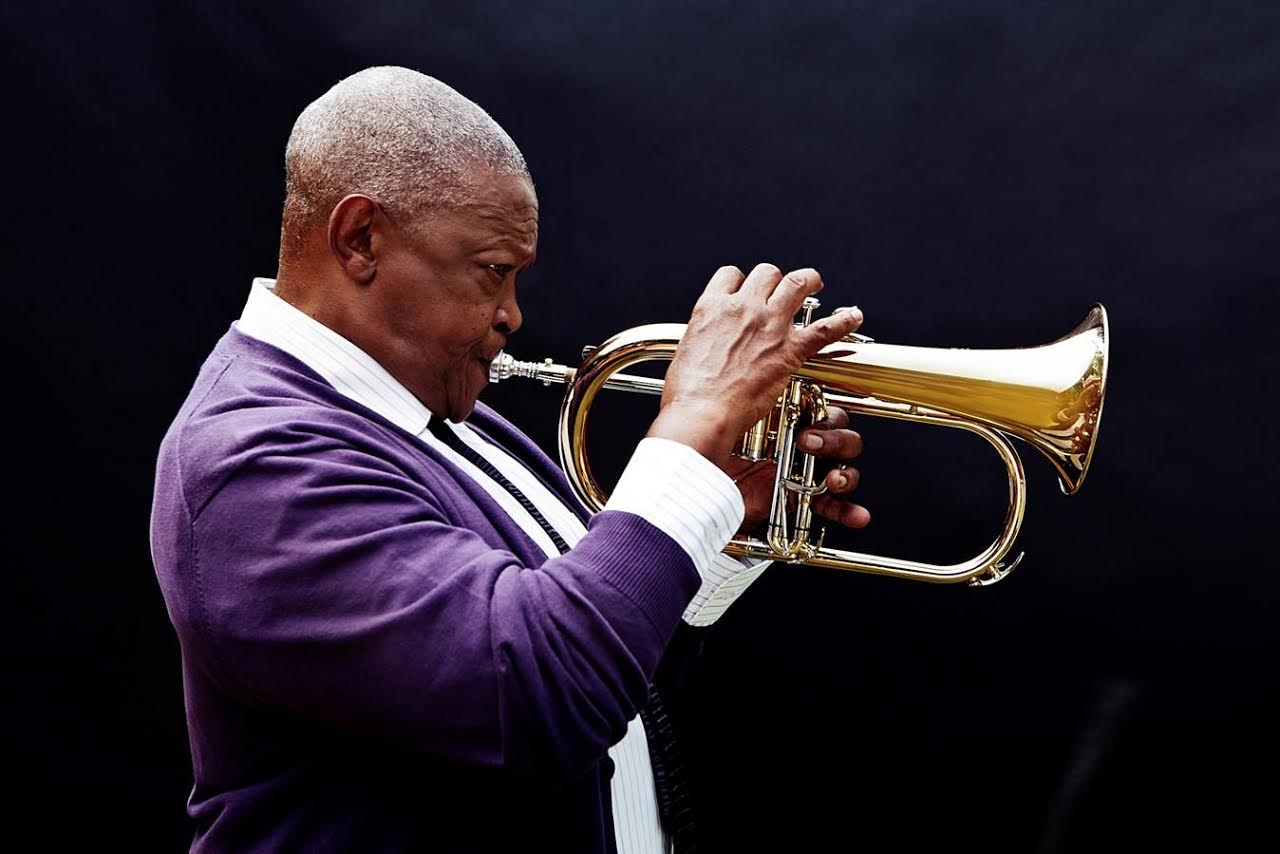 Last week, we went and watched A Celebration of Bra Hugh Masekela at the Joburg Theatre.

I wasn’t ready for all the feels.

It had a limited run and thankfully, it wasn’t a musical about the legend’s life. Too soon. Too much pressure. It was actually a look at some of Bra Hugh’s songwriting and staging. Songs from three stage productions he played a pivotal role in were the focus.

There were scenes from Gone Native, Songs of Migration and Sarafina – all backed by Bra Hugh’s band. Mam’ Sibongile Khumalo performed a few from her production with Bra Hugh, Songs of Migration, and the last song. Thandiswa Mazwai sang Stimela and the opening song, Bajabula Bonke.

This is not a professional review. Shoot, this is not a review at all. Just a snapshot of what put me in my feels.

As we were finding our seats (which were great seats, thanks Joburg Theatre), there was music playing softly while pictures of Bra Hugh were projected on a screen above the stage. There was one picture that immediately made me mushy – a babyfaced Bra Hugh who must have been younger than 10 years old.

It struck me: a person can be such a reassuring, dare I say familial presence for so long that he becomes your granddad even though everyone calls him Bra. So much so you forget he was ever a kid.

Another blow: what Bra Hugh has managed to do with his life is so rebellious, so rock ‘n roll, so role model because he came from a place of truly living life and not just resting on laurels.

And then what truly put me all the way in my feelings was this: the first thing we hear in the production is Bra Hugh’s voice. His very youthful voice by the sounds of things.

“Thank you very much, ladies and gentlemen,” he says as the theatre lights dim so we can focus on the bare stage. “At this time, we’d like to do, for you, a song coming from Swaziland. It’s a song that I learned from my wife, who learned it from her mother….”

I can’t even explain how deeply this part touched me or even why it touched me so. But listen for yourself and let me know how it makes you feel. If YouTube is to be believed, this was recorded live At The Village Gate in New York City in November 1965.

Definitely young Bra Hugh. Between 25 and 27 year old Bra Hugh. Already using his talents to impact the world. You know how old I am now?

Thandiswa started singing Bajabula Bonke soon after Bra Hugh stopped talking and I tried to concentrate on what came after. I know everyone has their struggles and I’m looking at Bra Hugh’s life as an outsider. But wow, what a life. What a full life.