A weird but true story 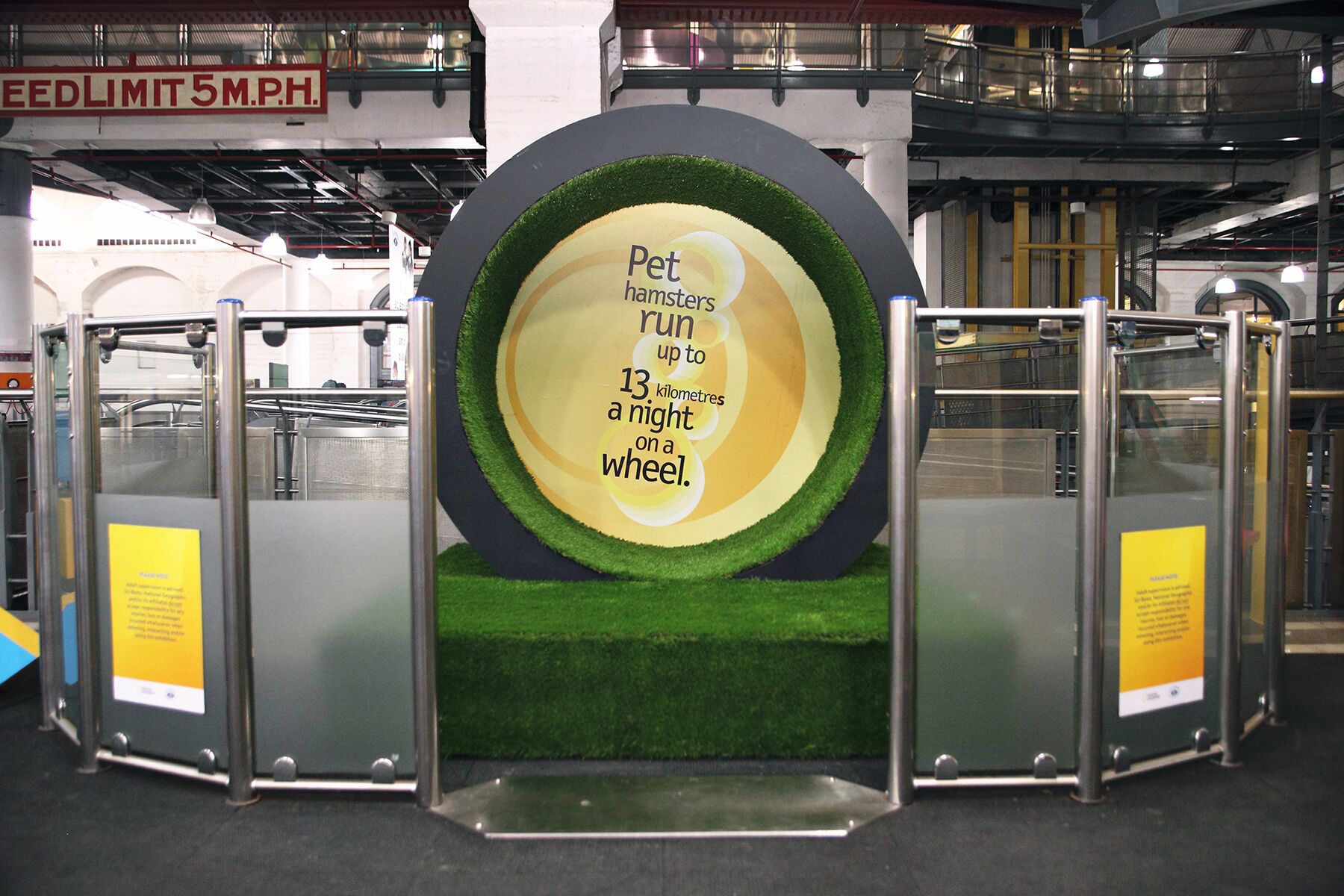 “Aunty H! What is an exhibition?”

No sooner has one tiny mouth asked me this question, another asks and then, not to be left out, the littlest mouth also asks me.

“Aunty H! What is an exhibition?”

I’m at Sci-Bono in Newtown with one of my oldest friends, her daughter and son as well as our mutual friend and her daughter. A quick glance at my friends and their pretending to not hear the kids tells me I’m on my own. I have no idea how to explain that. So, I decide, it’s better to show them. 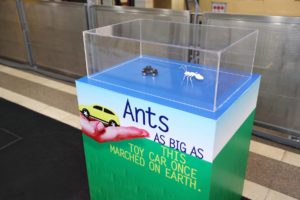 That’s why being at the Nat Geo Kids Weird but True! Exhibition was the best way to spend a Saturday morning in June. The channel has taken over a few sections at Sci-Bono to explain – in super interactive ways – some of the weirdest facts that actually happen to be true.

Like: did you know that hamsters run up to 13 kilometres a night when they have a hamster wheel? It was so cool that the kids didn’t only get to learn that but they also got to be a pet hamster for a moment. There was a life-size wheel that each kid could try to “run” in.

It’s fascinating how many kids couldn’t get their feet moving once the wheel was spinning. Not our kids, of course, everyone else’s. Ha.

There were fun facts about animals, about nations across the globe, about blood, about electricity and more. The electricity stations were great because the kids didn’t have to be prompted to be interested. They could do things like cycle on bikes to light up a string of bulbs. They could also use their hand heat to power up certain devices. I didn’t even have to explain what was happening because the different activities had bite-size info that does just that.

Some stations had some slightly difficult words to pronounce or concepts that are difficult to understand if you’re under the age of say, 10 years old. 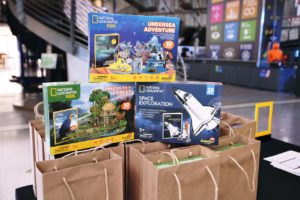 The important thing to note is this: it may be an exhibition spearheaded by a TV channel geared towards young people but there was so much I was learning. And you know I haven’t been a kid for a long time. So, even if you don’t have children you love in your life, you can go by yourself. Let me know how it goes!

The Nat Geo Kids Weird but True! Exhibition is at Sci-Bono in Newtown, Johannesburg until 14 January 2020.